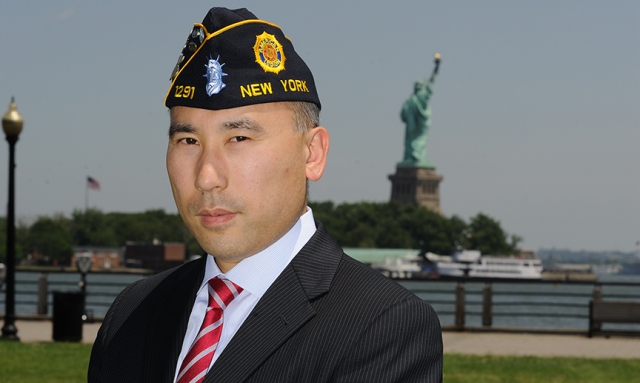 In the darkest hour, when despair was evident and hope was just a word, what endured was the beacon of light emanating from the torch of Lady Liberty. The 14 years that have passed since Sept. 11, 2001, have not diminished the memory of our loved ones killed at the World Trade Center, the Pentagon and the field near Shanksville, Pa.

The global war on terrorism is recognized as beginning on Oct. 7, 2001. Its approaching anniversary has not reduced the brilliance of our servicemembers killed in action, others maimed, and those suffering from traumatic brain injury or post-traumatic stress disorder. Each is a light of liberty.

The collective efforts of the U.S. military and civilian forces in Iraq and Afghanistan – people with whom I have had the honor to serve – have been dedicated to all the lights of liberty who lost their lives on 9/11, and to all who stepped forward on their behalf.

We read the news, watch television reports and listen to radio broadcasts about the progress of the global war on terrorism in Iraq and Afghanistan. But is winning the same as securing the peace?

Most Americans are aware of the shooting part of the war – or in current military jargon, the “kinetic” aspect. The “non-kinetic” part employs other military assets – including, but not limited to, civil affairs, combat engineers, uniformed medical personnel, and agriculture development and human terrain teams to engage the local populace as well as restore civil institutions and build or rebuild infrastructure in their societies. Kinetic measures are usually necessary only so that personnel employing non-kinetic efforts may safely travel throughout the battle space.

Non-kinetic warfare The U.S. military is engaged in many non-kinetic efforts. Iraq and Afghanistan are proud agrarian societies, but the continuous conflicts of recent decades have destroyed untold acres of farmland there. Moreover, generations of acquired agricultural knowledge have been lost.

Military assets working with the Department of State, the Department of Agriculture and USAID through the nations’ ministries of agriculture have made progress in restoring Iraq’s and Afghanistan’s agrarian legacies. This progress is difficult to quantify and can therefore be seen as less tangible than kinetic action, but that does not diminish the significant long-term effect in securing the peace.

Civil Affairs (CA) is a major contributor to non-kinetic efforts. These personnel assist military commanders and government officials by coordinating efforts with civil authorities and the populace to reduce the impact of military operations during times of conflict and natural disasters. CA assists in programs and projects related to economic development, education, governance, infrastructure, public health, rule of law and security through coordination with the host country and U.S. government agencies. In addition, CA may partner with international intergovernmental (the United Nations) or nongovernmental organizations (Red Cross/Red Crescent, Mercy Corps or International Medical Corps).

Examples of two CA non-kinetic efforts to secure the peace include:

Another contributor to non-kinetic efforts is the Human Terrain Team (HTT), which directly engages local communities through face-to-face interviews. The team learns perceptions, motivations, interests and grievances for or against their government, as well as public opinion about the coalition forces and the insurgents (i.e., the Taliban). HTT uses information from these interviews to provide operationally relevant, actionable information for military commanders and their staffs to better guide their decision-making.

Here are some examples of non-kinetic efforts to secure the peace in Afghanistan, using HTTs:

Life after bin Laden  The relationship between the Taliban and Osama bin Laden is well known. President Obama’s announcement of bin Laden’s killing on May 1, 2011, was celebrated throughout the United States – particularly in New York City.

The withdrawal of U.S. combat troops from Iraq and Afghanistan closed a chapter but opened new ones, of self-determination for the people of post-Saddam Hussein Iraq and post-Taliban Afghanistan. As we enter the 14th year of the war, it may be difficult to visualize its conclusion.

Central to that conclusion is our ability to secure the peace. We are winning this long war with kinetic targeting, but we will not secure a lasting peace without non-kinetic efforts through better governance and sustainable development. The lack of such may be factors in the rise of the Islamic State (ISIS) and its control of territory in and around Iraq and Afghanistan.

Although it may get more difficult before it gets better in that region of the world, our fallen and their families are not forgotten.

Inspired by the words of President Kennedy, I believe that the price being paid, the burden being borne, the hardships being met through the service of U.S. military personnel around the world, and the vigilance of our nation's law enforcement officers remind us that the lights of liberty are eternal, just like the flame that marks JFK’s memorial at Arlington National Cemetery.

Wilem S. Wong has served more than 27 years in the Army Reserve. He is a veteran of Iraq and Afghanistan, now in the Selective Service System in New York. In the civilian world, he is an NYPD sergeant. He is a member of American Legion Post 1291 in New York City, which provided relief and support for first responders in the aftermath of 9/11.