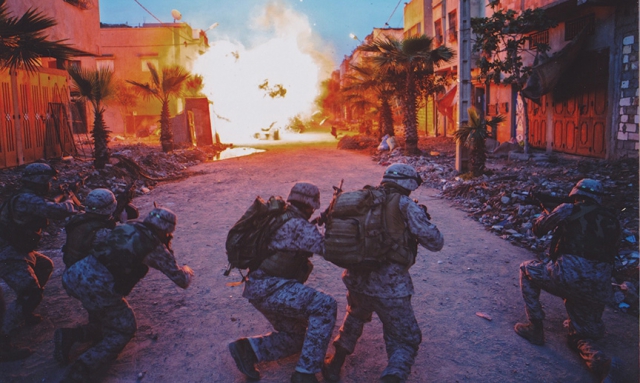 Three questions determine the quality of a war film:

A good story begins with a concept so compelling that just the idea conjures up an interesting adventure. A story well told typically has a compelling hero’s journey with a specific beginning, middle and end, all in the right places. An accurate portrayal simply means that the military depiction is believable; it doesn’t need to be a recruiting commercial or documentary, but it can’t be outright fantasy either.

Using information from the Internet Movie Database and Box Office Mojo, here are the best-known post-9/11 war films, and how they stand up against the three questions of quality.

A chronicle of the decade-long hunt for al-Qaida terrorist leader Osama bin Laden after the 9/11 attacks, and his death at the hands of Navy SEAL Team Six in May 2011.

Kathryn Bigelow and writer Mark Boal, a former war journalist, teamed up for an award-winning film full of political commentary disguised in a nonfiction style. This film showed the complexity of the intelligence community and seemed to equally annoy people on both sides of the political spectrum. The recreation of the historic night-vision raid on the Abbottabad compound where bin Laden was killed is a testament to why the film was nominated for five Academy Awards and won for Best Sound Editing.

During the Iraq war, a sergeant recently assigned to an Army bomb squad ends up at odds with his squadmates due to his maverick way of handling his work.

This movie did a good job of showing the difficulties some servicemembers face when trying to balance personal lives with intense combat. But accuracy went completely out the window with absurd tactics, complete lack of military discipline and a storyline about a jackass going rogue. Despite the story problems, this film was one of the first successful films about the global war on terrorism.

A decorated soldier returns from his tour of duty in Iraq only to find his life turned upside down when he is arbitrarily ordered to return to field duty by the Army.

Less of a commercial success than “The Hurt Locker,” but far better storytelling. This film does an amazing job of showing the range of military personalities in a story about a soldier who thinks he’s done his part but isn’t released from duty after his enlistment is up. The film convincingly illustrates the struggle to do the right thing when lines are blurred. Peirce did an incredible amount of research to learn the real stories of U.S. servicemembers, and she told them well.

The following three films highlight the entertainment industry’s hero worship and deep love for Navy SEALS. Although the films qualify as accurate military portrayals, there is some debate about the sainthood of every SEAL depicted on film.

An elite team of Navy SEALS embark on a covert mission to recover a kidnapped CIA agent.

The use of actual Navy SEALS make the action sequences as accurate as possible. These SEALS are among the best at what they do – and that’s a good thing, because they are not accomplished actors, and that shows, too.

The action borders on gratuitous in this story of an epic battle where many great men fall. Mark Wahlberg plays lone survivor Luttrell, author of the best-selling book. The cinematography puts the viewer right in the action, and the storytelling connects personally.

Navy SEAL sniper Chris Kyle’s pinpoint accuracy saves countless lives on the battlefield and turns him into a legend. Back home to his wife and kids after four tours of duty, however, he finds that it is the war he can’t leave behind.

Bradley Cooper delivers a chilling performance of the man an elite fighting group nicknamed “the Legend.” Kyle is so good it’s unbelievable, and that’s the accurate story. The edge-of-your-seat tension starts in the opening scene and doesn’t stop. This film is already a military classic.

“Taking Chance” is an independent film that was selected for showing at the Sundance Film Festival and then picked up by HBO. Based on real-life events, it tells the story of Lt. Col. Michael Strobl, a volunteer military escort officer who accompanies the body of 19-year-old Marine Chance Phelps back to his hometown of Dubois, Wyo. The American Legion presented Strobl with its Patriot Award in 2009.

The military worked closely with this very accurate production. The detail is impressive, but the film needed a breath of fresh air. It’s a sad story that remains heavy for all of its 120 minutes.