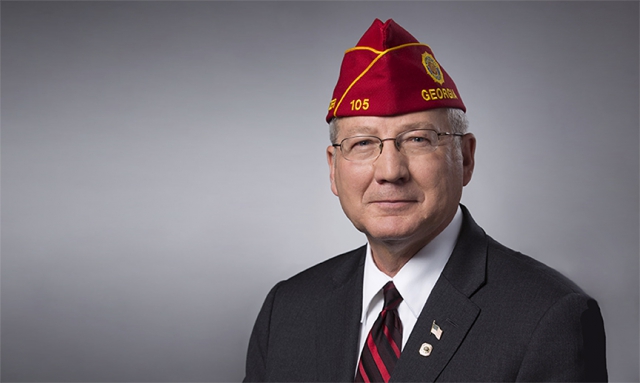 The American Legion is fast approaching the dawn of its second century. The centennial presents an exciting opportunity to build on a rich legacy of accomplishments: the formation of VA, establishment of the U.S. Flag Code, unparalleled troop support, relief for veterans suffering from service-related health conditions, career and education opportunities, and youth programs that improve lives in amazing ways generation after generation. There’s a lot to build on.

Post-9/11 veterans are stepping into Legion leadership roles everywhere, adding 21st-century talent and energy to our time-honored values. The newest generation is invigorating local posts with healthy activities, from mountain biking, horseback riding and kayaking to fishing trips for families of men and women who made the ultimate sacrifice. Legion posts are routinely providing free Wi-Fi and computer access. Just last year, nearly 1,000 posts reported coordinating at least one local veteran employment event. Behind the scenes, our service officers helped hundreds of thousands get answers to their benefits questions. American Legion leaders are leveraging Facebook and Twitter as tools of instant connection, communication and camaraderie.

In nearly every state and community I have visited, American Legion Family members were at work revitalizing districts, transferring national members into local posts and persuading young veterans to join our ranks and help guide our future. Some departments are on track to grow for the first time in a decade. Where Legionnaires are working to achieve a culture of membership growth, growth is happening. That’s progress.

I was delighted that 52 out of 55 American Legion departments had reached or exceeded their 2016 membership goals by Jan. 20, the best performance in recent years. And the Legion now has nearly 100,000 post-9/11 members, and increasing.

But what’s happening here is not just about numbers. It’s what the people behind those numbers are doing: taking active roles as champions of their fellow veterans, regardless of war era, on such issues as transferability of military training hours into credits for specialized career fields, better treatment of PTSD and traumatic brain injury, improved benefits processing, enhancing the GI Bill and making significant progress in the way our nation cares for women veterans. That’s just some of what our members are doing for veterans and their families.

What I sense today is momentum. I see Legionnaires making growth plans and successfully executing them. They’re using electronic and social media, but haven’t forgotten the power of knocking on doors and shaking hands. Those who believe in a bright future are inviting post-9/11 veterans to join the Legion and taking the next step of inviting them to help lead.
I can think of no greater 100th-anniversary gift than this shift in culture, a shift toward growth that we all have to stimulate for the Legion to keep accomplishing great things, long into its second century.