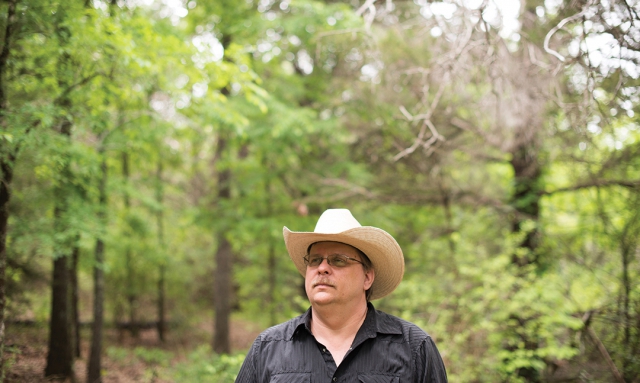 William Fuzi came home from the first Gulf War suffering from fibromyalgia, irritable bowel syndrome, chronic fatigue, a mysterious rash and intense migraines. When he told the Marine Corps that every joint in his body was inflamed with pain, it diagnosed a bad knee and discharged Fuzi with a $3,500 severance check.

“They told me, ‘If you complain about anything else, it will just take you longer to get out,’” he says. “‘But don’t worry about it, because VA will take care of everything else.’”

Nothing could have been further from reality.

After making the rounds at 10 VA medical centers over the past 25 years, Fuzi is only getting mental-health checkups from a VA nurse practitioner despite the fact that he’s been diagnosed with physical problems long attributed to Gulf War Illness. The care doesn’t resemble anything therapeutic.

“They spend all their time trying to undiagnose me – and telling me Gulf War Illness is all in my head,” Fuzi says. “I’ve lost all hope.”

‘IT’S SO DISCOURAGING’ Fuzi’s story is typical of the approximately 200,000 veterans suffering from Gulf War Illness. Even today, VA appears to be less than accepting of research showing that exposure to pesticides, chemical weapons and an experimental medication inflicted debilitating diseases on a third of U.S. servicemembers, and a similar percentage of the British, Australian and Canadian troops who served with the multinational coalition that defeated Saddam Hussein. Instead, VA insists that Gulf War Illness is a psychological problem. Its latest clinical practice guidelines direct medical staff to send Gulf War veterans with complaints like Fuzi’s to mental health treatment.

“I am painfully reminded of the veterans of World War I who were exposed to mustard gas in the trenches of Europe,” says Roberta White, chairwoman of environmental health at the Boston University School of Public Health and former scientific director of the federal Research Advisory Committee on Gulf War Veterans’ Illnesses. “These veterans did not receive support for their health problems or the hardships their families endured due to their disabilities when they returned from combat.”

“It’s so discouraging,” adds Anthony Hardie, who served in the Persian Gulf with the Army. “Gulf War veterans can’t get their claims approved. They are too sick to work. And if they go to VA, they are told they are conspiracy theorists and sent off as if they are children. Twenty-five years later, VA is still utterly failing Gulf War veterans.”

VA did not respond to questions for this story.

Gulf War veterans started experiencing excruciating joint and muscle pain, debilitating fatigue and gastrointestinal problems, rashes, respiratory issues, migraines and other illnesses during and soon after their deployment in 1990 and 1991. As the number of veterans reporting similar problems grew following the war, their collection of medical issues became known as Gulf War Illness. Scientists and servicemembers suspected the cause was chemical exposure. VA, and initially DoD, wrote it off as stress.

Hardie got a dose of this skepticism when he sought medical help for his “Kuwaiti cough” – he’d been expelling black sputum from his lungs for months – upon returning to Fort Bragg, N.C.,  after the war. “I heard my medic out in the hallway telling a doctor I was ‘another one of those Gulf War veterans who thinks he’s sick,’” he says. “I vowed to never seek treatment again until I was out of the military.”

His VA experience was equally discouraging, he says. “The designated Gulf War doctor at the Madison, Wis., VA told me, ‘There’s nothing wrong with you Gulf War vets. It’s all in your heads. You just need to forget about it … get on with your lives and get past it.’”

Research has consistently shown that Gulf War Illness was not caused by combat stress, which is not surprising given the circumstances. The actual conflict was short: a six-week air campaign followed by a four-day ground war. “Most veterans were never in battlefield areas and didn’t see combat,” says epidemiologist Lea Steele, who conducts Gulf War veterans research at Baylor College of Medicine in Houston. “And PTSD is far less prevalent in Gulf War veterans than in veterans of other conflicts.”

Multiple studies have reinforced the fact that Gulf War Illness wasn’t caused by psychological issues, adds Steele, who like White served as scientific director of the Research Advisory Committee on Gulf War Veterans’ Illnesses. That group reviewed the extensive research into the causes of Gulf War Illness. “The data were very consistent – wartime trauma, stress, service in combat, seeing dead bodies, were not associated with Gulf War Illness,” Steele says.

White was part of a team at the Boston VA that gathered health data on 2,000 Gulf War veterans who returned to the United States through Fort Devens, Mass. That data also showed the rate of PTSD and psychological problems related to the war to be quite low, she says. But veterans who reported pesticide exposure during their Persian Gulf deployment appeared to be sicker.

A few years later, White and her colleagues did more extensive examinations of some of those same Fort Devens veterans at VA’s request. They found that three types of neurotoxic exposure were common among veterans suffering from Gulf War Illness: pesticides, an experimental medication called pyridostigmine bromide (PB) given to troops to protect them from the effects of a possible nerve gas attack, and exposure to chemical weapons released when coalition forces blew up Iraqi ammunition dumps. DoD now estimates that 100,000 of the 700,000 U.S. troops in the Persian Gulf could have been exposed to nerve agents released after the cease-fire, when U.S. forces destroyed massive Iraqi munitions dumps at Khamisiyah, Iraq, in March 1991.

“It’s not an unexplained illness,” says White, referring to a catch-all used by VA to describe many of the medical issues associated with Gulf War Illness. “It’s a chemically induced illness.”

Steele agrees that Gulf War Illness was the result of chemical exposures. “This is the only war in which PB was given to many thousands of U.S. troops,” she says. “The evidence implicating PB is strongest – it’s a significant factor across all studies that have looked at this. Studies also link pesticide use to increased rates of Gulf War Illness.”

And a 2003 DoD investigation concluded that thousands of veterans were overexposed to pesticides during Desert Shield/Desert Storm, including more than a dozen that posed health risks. There’s also a list of other potential toxic exposures with a less definitive tie to Gulf War Illness, ranging from oil-well fires to the massive number of vaccinations given to U.S. troops.

‘TREATED LIKE TRASH’ The toll exacted by Gulf War Illness has been excruciating. Mary Baggett developed fibromyalgia, chronic fatigue, irritable bowel syndrome, persistent rashes and migraines. The painful egg-sized lump that appeared in her armpit during the conflict – characterized as harmless by a doctor she consulted during her tour – proved malignant and was finally removed when she was treated for stage 3 breast cancer three years ago.

Baggett’s oldest son, born two years after the Gulf War, has a rare bone disease and ulcerative colitis. Her youngest son has irritable bowel syndrome. She believes both conditions are linked to Gulf War Illness. Baggett’s former husband, John, also a Desert Shield/Desert Storm veteran, suffered from chronic fatigue, severe diarrhea and digestive problems that began during his Persian Gulf deployment. He fatally shot himself in 2008, weeks after a VA psychiatrist put him on Prozac – the only VA treatment he received.

Joel Krall likewise blames the Gulf War for the loss of his health and his wife, Renee, who was also a Gulf War veteran. She killed herself in December 1998, one of many Gulf War veterans in Krall’s circle who have taken their own lives. Krall also struggles. “I have suicidal ideation,” he says. “I think about it constantly.”

Most of Krall’s symptoms started while he was in the Middle East. The skin problems were the most obvious. “Nobody knows what the fungus is,” he says. “It does the whole-body migration thing. I had it in my crotch, my thighs. It’s not life-threatening, but it can be debilitating.”

Krall also suffered substantial gastrointestinal problems – “I was passing copious amounts of blood” – urinary tract issues and developed multiple chemical sensitivity in the Persian Gulf. Renee killed herself just as Krall was preparing his first VA disability claim. It took 10 years and a major health crisis before he could bring himself to restart the process. Today, he is considered 100 percent disabled by VA for damage to his spine and other problems, but nothing related to Gulf War Illness. That’s not a surprise given that VA rejects 80 percent of all Gulf War Illness claims, according to Veterans for Common Sense.

Like many Gulf War veterans, he believes the unusually high rejection rate is deliberate. “It goes back to what happened with Vietnam veterans and Agent Orange,” he says. “VA’s payout would double overnight.”

Money isn’t the point. “I feel disrespected ... treated like trash,” Krall says. “I think most of us deserve to be taken care of if we were injured in the line of duty.” But he doesn’t have much hope for change. “I think we’re forgotten,” he says of Gulf War veterans. “You don’t see it in the news. Nobody cares that it’s been 25 years.”

During the darkest days of the past two and a half decades, Gulf War veterans such as Hardie and David Winnett have pressed DoD, VA and the medical research community to keep searching for causes and cures. Hardie started a website, www.91outcomes.com, to help Americans who served in the first Gulf War, and Krall and others credit him for helping navigate VA’s complicated claims system.

Winnett, a Marine who worked his way up from private to captain during his 20-year career, was a Gulf War Illness skeptic until bilateral muscle and joint pain, hand and arm tremors and other issues overtook him.

“I was reaching up to close the bed cover on my pickup and it instantly felt like someone hit my hands with a hammer,” Winnett says of the onset of his some of his worst symptoms.

His chronic fatigue, joint pain and cognitive problems became so intense that he had to leave his six-figure job as fleet manager for a large city in Southern California.

Today, Winnett runs a Facebook support group that includes 10,000 Gulf War veterans and families. They help each other with claims, follow research developments and reach out when someone is in despair – which is common not only because VA rejects the majority of disability claims, but also because it insists that Gulf War veterans only need PTSD treatment. When Gulf War veterans gets PTSD ratings, Winnett says, their illnesses will be dismissed as psychosomatic. Worse, many of the medications VA prescribes for PTSD are known for side effects that include suicidal ideation.

Scientists say they are on the cusp of finding promising treatments. And VA’s recent five-year extension on the deadline for filing Gulf War claims gives them a welcome reprieve.

“Veterans don’t get their half of the deal,” White says. “I am so worried that this is going to go away and Gulf War veterans are going to die sick.” She and other scientists with decades of Gulf War Illness expertise say VA must recognize the evidence for the diseases and get behind the search for treatments.

“It’s still very important to find effective treatments and more definitive answers about why veterans became ill,” Steele says. “These veterans deserve to get their health back.”