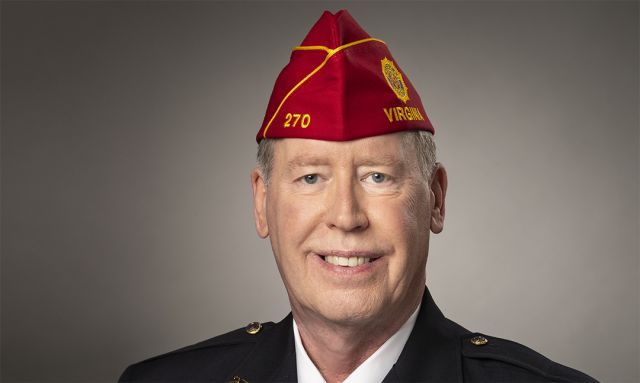 By the time you read these words, Americans will be near the peak of hurricane season. So I hope this month’s message is a waste of space.

Even if all remains calm weather-wise, however, there is never a bad time to prepare for a natural disaster. Just as The American Legion advocates for combat readiness, we are every bit as concerned about helping our communities recover from the havoc sometimes wreaked by Mother Nature.

After torrential floods struck Fort Gibson, Okla., last spring, members of Frank Gladd American Legion Post 20 stepped up by serving more than 15,000 meals to displaced citizens and first responders. We’ve seen responses like this before. American Legion posts across the nation became safe havens and temporary homes following hurricanes Katrina, Harvey, Irma and Maria, as well as Superstorm Sandy and too many other disasters to list here. The stories of Legionnaires who helped lead  their communities through difficult times have been told many times in the pages of this magazine. They continue to inspire.

While I sincerely hope you will never have a need for assistance from the Legion’s National Emergency Fund (NEF), history and science tell us that preparation is never in vain. It’s a responsibility.

The NEF, which has provided almost $9 million in grants to Legion Family members and posts affected by natural disasters, is just one of many ways our organization is a leader in nearly 13,000 communities across the nation.

The American Legion Amateur Radio Club (TALARC) has more than 2,100 ham radio operators standing by to assist in times of emergency, especially when traditional means of communication are down.

Many Legionnaires, myself included, have experience as first responders. Others served as medics, combat engineers or heavy equipment operators in the military. In addition to caring deeply about our communities and country, the American Legion Family has its own army of skilled volunteers that can be a lifeline to populations that have lost everything.

Whether it’s a tornado, hurricane, flood, fire or terrorist attack, no town or city is immune from possible catastrophe. If your post doesn’t already have a disaster preparedness and response chairman, why not volunteer? The Legion has the tools and resources to help you succeed, including a downloadable Disaster Preparedness Guide at legion.org/publications.

This is a commitment you won’t have to make alone. In addition to your American Legion Family, the Community Emergency Response Team (CERT) program offers training in basic disaster-response skills. You can receive training by registering at the CERT website, ready.gov/community-emergency-response-team.

You may never need to draw on this training, but a strong disaster response plan is something every community should have in place, at minimum. For 100 years, The American Legion has been an advocate for a strong America. And that means being a prepared America.