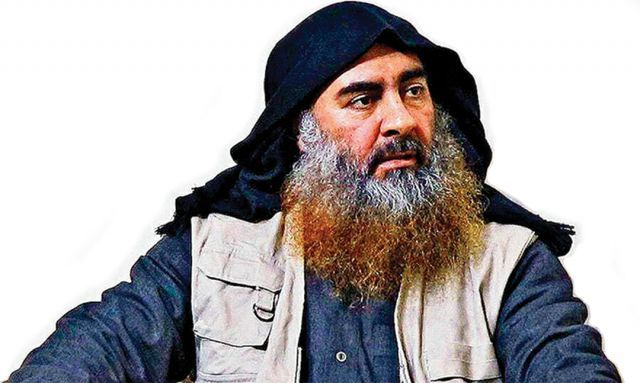 Mounting what President Trump called a “dangerous and daring nighttime raid,” a helicopter-borne assault team of Delta Force operators and Army Rangers swept into northwestern Syria on Oct. 26 and eliminated Abu Bakr al-Baghdadi, founding leader of the Islamic State (ISIS). The mission commander’s message, as his team completed the operation, was simple and certain: “One hundred percent confidence. Jackpot.”

Baghdadi used the rubble of al-Qaida in Iraq as the building blocks for a jihadist superpower in ISIS that, at its height, controlled more territory, had broader appeal, fielded more fighters, possessed more financial resources, and killed more ruthlessly than al-Qaida.

The Baghdadi raid – codenamed “Operation Kayla Mueller,” in memory of one of Baghdadi’s victims – didn’t end ISIS, let alone the war on terrorism. But it did mark an important victory in the ongoing struggle against jihadist groups. As such, it offers a number of lessons for the broader war on terrorism.

THE WAR ON TERRORISM IS REALLY A WAR. The fact that Baghdadi, like Osama bin Laden, was killed by U.S. troops flying into hostile territory, busting through steel and concrete, and striking at close range is a reminder that we are at war. Our troops understand this implicitly; too many of our fellow countrymen do not.

Some bristle at the phraseology. Since terrorism is a method or tactic, they argue, a war on terrorism is a misnomer at best and futile at worst. Yet they forget the civilized world has defeated or otherwise marginalized uncivilized methods and tactics. As historian John Lewis Gaddis suggests, with concerted effort, terrorism can “become as obsolete as slavery, piracy or genocide.”

THIS WAR WILL TAKE DECADES TO WIN. As with al-Qaida after bin Laden’s takedown, ISIS will continue to sow death and destruction after Baghdadi. That’s because we are fighting an ideology, not an individual.

ISIS will become more diffuse – and hence more difficult to fix, target and destroy. After all, it’s harder to engage a stateless entity than something that, like the Islamic State under Baghdadi, possesses territory and masses personnel in the open. Indeed, since the collapse of the caliphate, ISIS has shifted to insurgency operations and traditional terrorist attacks.

In announcing Baghdadi’s successor, Abu Ibrahim al-Qurayshi, ISIS pointedly warned, “Do not rejoice, America. The new chosen one will ...make the achievements of the Baghdadi days taste sweet.” That’s not an empty threat: ISIS boasts 14,000 fighters, and the FBI has 1,000 active investigations into ISIS-inspired operatives in all 50 states.

How much more time? Days after 9/11, President George W. Bush tried to brace America for “a lengthy campaign unlike any other we have ever seen.” Almost a decade would pass before SEAL Team Six eliminated bin Laden. It took five years to tear down the ISIS caliphate and track down Baghdadi. And it will take several more years to defeat the global insurgency bin Laden launched in 1996. In 2001, Adm. Michael Boyce, then-chief of the British Defense Staff, suggested 50 years. In 2015, Gen. Martin Dempsey, then-chairman of the Joint Chiefs, called the war on terrorism “a 30-year issue.”

Put another way, in its duration, geographic scope, ideological dimensions, and economic and human costs, the war on terrorism is best understood through the prism of the Cold War: a generational struggle that will take decades to win.

THE UNITED STATES NEEDS PARTNERS. No nation possesses the capabilities and enjoys the requisite global goodwill to do what America does: serve as civilization’s first responder and last line of defense, hunt and eliminate Baghdadi, rescue besieged Yazidis, roll back ISIS. Yet the Baghdadi raid serves as a reminder that America needs partners and allies.

LOCATION MATTERS. The Baghdadi strike took place just days after the president ordered a pullout from Syria. The irony is that elements of the operation launched from inside Syria. Moreover, before the pullback, U.S. and SDF units conducted a dozen counterterror missions per day. Those missions kept the United States plugged into vast amounts of intel and kept the enemy focused on survival.

“You can pull your troops out, as President Obama learned the hard way, out of Iraq, but the enemy gets a vote,” Gen. James Mattis warns. “If we don’t keep the pressure on them, ISIS will resurge.”

If Baghdadi was the jackpot, the gamble is America’s diminished footprint in Syria.

THE ENEMY IS VILE AND VICIOUS. The Islamic State has been called “worse than al-Qaida,” perhaps deservedly so. As proof of its savage piety, Baghdadi’s terror state summarily executed imams and aid workers; drowned and burned alive prisoners of war; conducted genocide against Shia Muslims, Yazidis and Christians; ordered Christians to convert or die; sold children into slavery; used “mentally challenged” children as suicide bombers; and conducted a systematic campaign of rape.

As the U.S. assault team closed in on Baghdadi, this mass murderer masquerading as a holy man dragged two children with him into a tunnel. They died as he detonated his suicide vest. How horrifically fitting that a murder-suicide-kidnapping was the final act of the man who spawned an organization built on mass murder, suicide bombings and the enslavement of thousands.

AMERICA REMEMBERS. The Baghdadi raid re-reminds the world that the United States can be tenacious and patient; that our political system can sustain long, twilight struggles; and that our military will do anything to liberate the oppressed, rescue the helpless and avenge our fallen.

“We learned from women that were ransomed,” Mueller’s father reported, that she “was raped by al-Baghdadi” and “murdered by him or someone in his organization.”

Alan W. Dowd is a senior fellow with the Sagamore Institute.