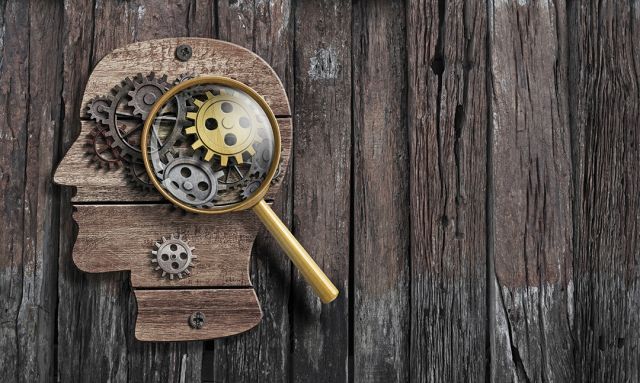 That’s because humanity and its machines are producing 2.5 million terabytes of data per day. To get a sense of how much information that is, a University of Oregon researcher notes that just one terabyte equals about 85 million pages of text.

With the emergence of the “internet of things” – the digital networking of the everyday stuff of life, such as refrigerators, TVs, cars and thermostats – we will add to the amount of information we generate as well as the rate at which we generate it. Sure, a lot of this information is worthless, but some of it is priceless and precious – and private. Making use of all that information, storing and accessing it – and determining who will be permitted to use, store and access it – will require something more than intelligence.

STARVING “We are awash in data,” Dan Coats observed during his tenure as director of national intelligence. “It’s a constant struggle to process data, analyze it and convert it into knowledge and understanding ... It’s one of our greatest challenges.”

In a similar vein, Jonah Goldberg of the American Enterprise Institute laments how “we drown in information, but we starve for knowledge.”

Both Coats and Goldberg remind us that information does not equal knowledge. Knowledge is the process of organizing information into something usable and then applying it to a problem or a need: growing crops, inventing the printing press,
conceiving constitutional government, developing vaccines, building the internal combustion engine, discovering and harnessing penicillin, envisioning jet engines and rockets, unlocking the power of the atom, constructing computing machines, linking together computer networks.

The summit of knowledge is science, which literally means “the state of knowing ...systematized knowledge.” Just as we have accessto far more information and data than earlier generations, we also have access to more knowledge and indeed more science than earlier generations. In fact, new technologies capable of harvesting and manipulating vast amounts of information are spawning new sciences, such as data analytics.

What we lack amid all this information, knowledge and science is wisdom.

“While science has increased man’s power in ways that former men never dreamt of,” political philosopher Leo Strauss observed at the dawn of the atomic age, “it is absolutely incapable of telling men how to use that power.”

That’s where wisdom comes into play – indeed, where it is essential. What today’s world is really starving for is wisdom.

James Kelly was a professor of physiology and medicine in the 19th century, which means he had accumulated quite a storehouse of knowledge. Yet Kelly told his students, “Knowledge is to wisdom as the raw material is to the manufactured article – crude and comparatively worthless.”

Knowledge, in other words, is a stairstep to wisdom. But knowledge alone does not make us wise. To illustrate this point, take a moment and think about the smartest person you know – the person who has all the answers at work, all those degrees on her wall, all those letters next to his name testifying to all this knowledge. Now, think about the wisest person you know – the person you seek out for counsel when you’re faced with a challenge, the person to whom you turn for advice when you have an important decision to make.

The point: Wisdom is more than intelligence, more than turning data and information into knowledge. Wisdom is the art, the craft, indeed the gift of sifting through knowledge, mixing it with judgment and experience, and then applying it to the challenges of life.

Indeed, most religions emphasize the importance of wisdom. The three great monotheistic traditions – Judaism, Christianity and Islam – all agree that wisdom is a gift from God.

The Koran is full of references to wisdom, or hikmah, and makes a distinction between wisdom and knowledge.

In Buddhism, an entire book of “The Way of the Bodhisattva” is devoted to wisdom. Buddhism’s bodhicitta is a mix of experience, learning and compassion that leads to wisdom and an “awakening mind.” Buddha is credited with saying, “Wisdom springs from meditation; without meditation wisdom wanes .... One is not wise because one speaks much.”

A large chunk of the Bible’s “wisdom books” were penned by Solomon, who made a point in Proverbs similar to Buddha’s: “Fools find no pleasure in understanding but delight in airing their own opinions .... Even fools are thought wise if they keep silent, and discerning if they hold their tongues.”

The takeaway from Buddha and Solomon is that we cannot learn from others while talking, that wise people tend to limit the number of words they say (and write), and that a fool says whatever comes to mind. This admonishment seems especially apt in our age of 24-hour talking heads, Twitter tweetstorms and Facebook philosophy.

Hinduism calls on its practitioners to pursue “the way of wisdom.” As Harvard University’s Pluralism Project explains, this process is “not simply book-learning, but deep insight” that is “difficult to acquire on one’s own.”

Likewise, Confucius suggested that wisdom comes through applying what has been learned and observed. “To listen to much, select what is good and follow it,” he explained in the “Analects” – “to observe much and to mark it in memory” lead to knowledge and wisdom.

In a similar way, Solomon concluded that wise people are open to learning, “store up” and “seek” knowledge, welcome instruction and “listen to advice.” According to Proverbs, “Plans fail for lack of counsel, but with many advisers they succeed.”  This is true for individuals and nations alike: “For lack of guidance a nation falls, but victory is won through many advisers.”

Again and again, we see that a hallmark of wisdom is to seek advice and insight from others.

WRESTLING Many of these attributes of wisdom come with living and experience, which is why we generally identify wisdom with gray hair and wrinkled skin.

Of course, all of us know old people who are foolish and young people who are wise beyond their years. Yet age and experience, like distance, tend to bring perspective. Consider the vast differences between a battle-hardened veteran and a green recruit, a couple celebrating their 40th anniversary and a pair of newlyweds, a grizzled 10-year pro and a just-drafted rookie. In most cases, experience plus knowledge yields wisdom. One without the other yields something else.

Again, this is true for individuals and nations alike. Solomon wrote that wisdom “will save you from the ways of wicked men ... whose paths are crooked and who are devious in their ways” – from those who violate treaties, who plot treachery and aggression, who turn government from a servant of the people into a tool of oppression, who twist religion into a license for mass murder, who misuse information and knowledge and science.

That brings us back, in a roundabout way, to Coats’ concerns. Do today’s leaders in elective office and business, in the intelligence community and the military, in education and health care, in computer technology and bioscience, have the wisdom to make proper use of the tidal wave of information inundating them?

As our leaders wrestle with the ramifications of artifical intelligence’s (AI) manipulation of data and CRISPR’s manipulation of genes and deep-fake manipulation of images, with stateless enemies and endless wars, with digitization and biotechnology and robotics, with hypersonic weapons that scream toward their targets at a mile per second, with pilotless aircraft that remove humans and risk from the calculus of war, with the rise of China and the decline of the postwar order, with cyberattacks that move at light speed, they need wisdom. So do the rest of us. Yet there’s an expanding gap between knowledge and wisdom in our society, with the amount of knowledge exploding and our reserves of wisdom dwindling away.

If you doubt this, consider the decline in organized religion. In 1948, 76 percent of Americans were members of a church, synagogue or mosque. In 2003, that number had fallen to 64 percent. Today, it’s just 50 percent. Since the nation’s founding, Americans have believed that religion serves as a foundation stone for free government and a repository of wisdom. We don’t have to worship on the same days or in the same ways to recognize this truth.

Consider the growing ignorance of history. Just half the American public can identify when the Civil War was fought. Sixty percent of Americans cannot name the nations we fought in World War II. Only 55 percent of millennials – now the largest generation in the United States – agree that “communism was and still is a problem,” according to a 2016 study.

In place of faith, history and pillar institutions – all wellsprings of wisdom – Americans are embracing selfie-narcissism. At their core, YouTube, Twitter, Facebook, LinkedIn, Instagram, SnapChat, TikTok and other social networking platforms focus on the self: self-promotion, self-image, self-interest, self-congratulation. There’s no time or place in this digital age for introspection, learning from or listening to others, or understanding the lessons of the past.

The resulting “wisdom gap” leaves us ripe for manipulation, at risk of being swayed by the loudest or newest or flashiest thing, unaware of threats and unprepared for dangers. And as science and technology push the bounds of the possible, the “wisdom gap” will render us increasingly unable to wrestle with how far those bounds should be pushed. As President John F. Kennedy observed, science “has no conscience of its own.”

These cultural trends are worrisome because tomorrow’s leaders are the product of today’s culture. A culture that devours information while devaluing wisdom – a culture that disregards faith, history and pillar institutions – will find it increasingly difficult to produce leaders with wisdom.

These trends can be reversed, however. According to Proverbs, if we spend time “walking with the wise,” if we “listen to advice,” we can become wise – or at least wiser.

This is a hopeful reminder that wisdom can be handed down generation to generation. That’s good news. But we have to start listening and learning again.

Alan W. Dowd is a senior fellow with the Sagamore Institute.