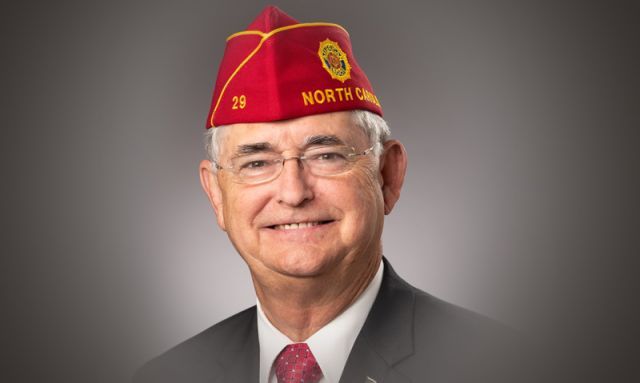 Fifty-six years ago, Americans headed to the polls for the first time since the assassination of a beloved president. The nation was fighting a hot war in Southeast Asia and a cold war against a nuclear adversary. Americans voted knowing their future depended on it. This cherished right is just as important today. One of my predecessors, National Commander Daniel Foley, wrote a message in 1964 that still resonates. What follows is an abbreviated version of his magnificent words:

“At a time of rapid change and recurring crisis in national affairs, one factor remains constant. The loudest noise and the most confused counsel continue to come from extremists.

“By extremists, I mean those individuals who would save America by forsaking its free institutions. I mean not just communists and neo-fascists who openly assail our system but, more especially, those who, in the conviction that theirs is the only right view, have lost sight of – and faith in – the fundamental processes of self-government.

“You know the type as well as I do. They claim to have the one true answer to every problem. They talk of setting aside the law when the law offends them. They are quick to cry treason, slow to admit error, and indifferent to arguments and facts that do not support their beliefs. They are not really leftists or rightists – but simply modern anarchists – though many of them would be shocked at the idea.

“There are two basic flaws in this brand of extremism. It violates the spirit and traditions of real Americanism. It seeks a course of action that is bound to fail. As Legionnaires, we bow to no one in our concern and zeal for the future security and greatness of America. We share a special responsibility to uphold the institutions which alone can be the means of realizing that future.

“Now, more than ever before, Americans need to keep their values in clear focus. Our resort must be to reason, not to emotion; to persuasion, not to violence; to perseverance, not to panic.

“It isn’t necessary or desirable that we all think alike. It is essential that we espouse our differences reasonably with good will and due regard for other opinions. Honest disagreement honorably expressed cannot divide Americans. Abraham Lincoln in a previous era of strong feeling said, ‘There is no grievance that is a fit object of redress by mob law.’

“The citizen who seeks recourse to hatred or violence as the answer to the nation’s problems is turning away from an acceptable and workable American solution. The American Legion has always asserted its right to speak out vigorously and candidly on public issues. At the same time, I assure you that our criticism will be constructive and responsible.

“We champion the needs of disabled and aging war veterans whose past services are too soon forgotten by many of their countrymen. But our difference with those who oppose us is one of judgment, not of patriotism; and the best hope for our cause lies in education and persuasion, not vindictiveness. This is the American way.

“Ours is a big country with big and perplexing problems. The answers do not come easily. They will not come at all if substantial numbers of Americans permit themselves to be led into extravagances of hate and fear.”