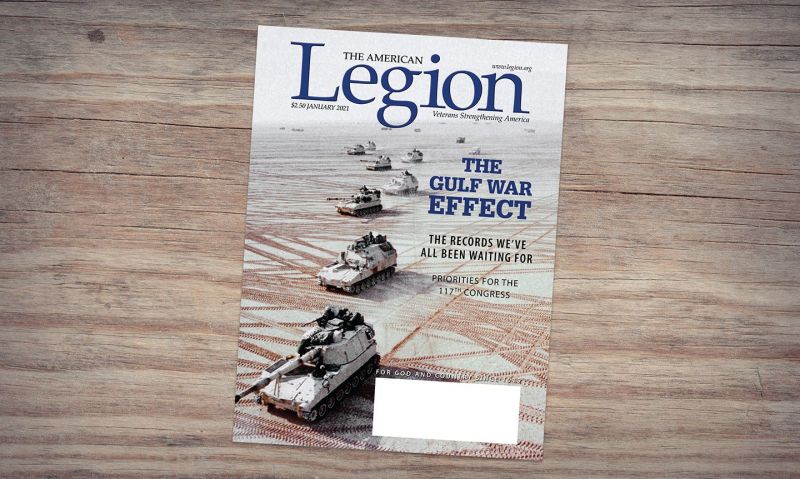 The January 2021 American Legion Magazine digital edition reflects on lessons from the Gulf War, explores the long-awaited DoD/VA electronic medical record program and lays out priorities for the 117th Congress. The clickable digi-mag is available through MyLegion.org.

• In "Shield & Storm," Army War College professor and retired Col. Richard Lacquement Jr. explains why the Gulf War was a rebirth for the U.S. military and a pivotal moment in the evolution of the character of warfare. Plus, an update on the National Desert Storm War Memorial.

• Post officers and members can learn more about The American Legion's services through Training Tuesdays. Watch a video here.

• Clarence Bacon, last of The American Legion's national commanders to serve in World War II, was a trusted mentor and champion of blue-cap Legionnaires. Warch a video here.