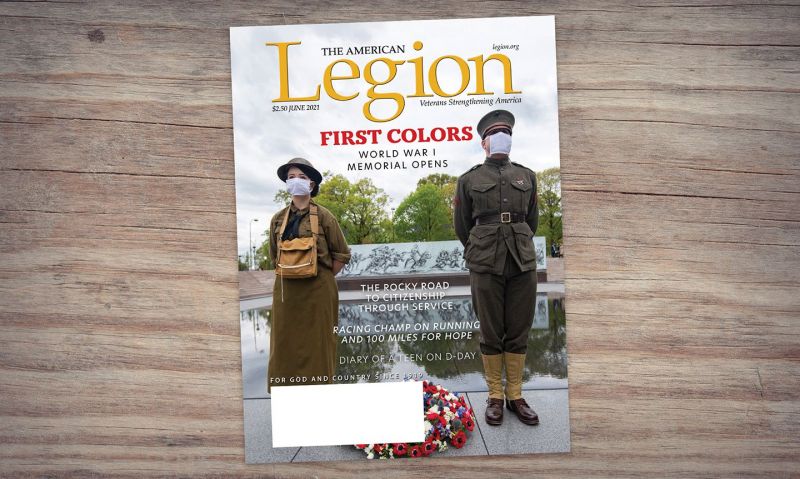 The June 2021 American Legion Magazine digital edition looks at the rocky road to citizenship through  service, the new National World War I Memorial in Washington, D.C., and more. The clickable digi-mag is available through MyLegion.org.

In “Thank You, & Goodbye,” Ken Olsen talks with foreign-born veterans deported by the United States after it failed to grant them citizenship promised when they enlisted. For more than 100 years, The American Legion has fought for servicemembers and veterans to receive U.S. citizenship through military service.

• Following a live broadcast ceremony April 16, the new National World War I Memorial is open to the public. Read about the memorial’s commemorative elements, and then use the WWI Memorial Virtual Explorer and WWI Memorial Visitor Guide apps to explore the site. Plus, John D. “Jack” Monahan, The American Legion’s representative on the U.S. World War One Commission, previews “A Soldier’s Journey,” the Sabin Howard sculpture to be installed in 2024.

• Read excerpts from the journal of Paul Renaud, who at 14 witnessed U.S. paratroopers jump into Normandy on D-Day and helped his father communicate with American soldiers following the liberation of Sainte-Mère-Église.

• Army veteran and personal trainer Jennifer Campbell offers a guide to choosing a fitness center, from big box and CrossFit gyms to creating your own space at home.