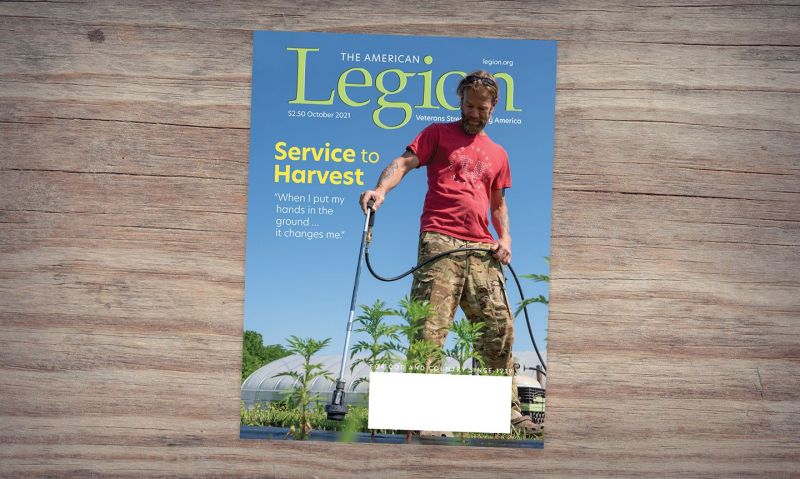 Check out the October 2021 American Legion Magazine digital edition for articles on a desert motorcycle adventure for veterans, farming as a career for transitioning servicemembers, newly elected American Legion National Commander Paul Dillard of Texas and more. The clickable digi-mag is available through MyLegion.org.

• At a Motorcycle Relief Project retreat near Tucson, Ariz., veterans bond with their bikes -- and each other. “Over the course of the week, you can physically, visibly, see the load they are carrying lighten,” says Mike Bobbitt, MRP’s director of operations and member of American Legion Post 2008 in Falcon, Colo. “We’ve heard it so many times: ‘I haven’t felt this way in years.’”

• In “From Service to Harvest,” Henry Howard talks to post-9/11 veterans who have found purpose and healing through farming. “After you see what you often see in war, you need to see the gentleness in life again,” says Davon Goodwin, an Army veteran who owns and operates Off the Land (OTL) Farms in Laurinburg, N.C. “You need to see livestock being born again or you need to see a seed become a fruit. It just gives you a sense that life is normal again.”

• Paul Dillard of Texas, elected American Legion national commander in September, says a strong membership comes by ensuring no veteran is left behind. “We’ve got to get back to the drawing board,” he says. “Personal contact is so critical.”

• In Big Issues, U.S. Reps. Liz Cheney, R-Wyo., and Rep. Barbara Lee, D-Calif., debate repeal of the 2002 Authorization for Use of Military Force.