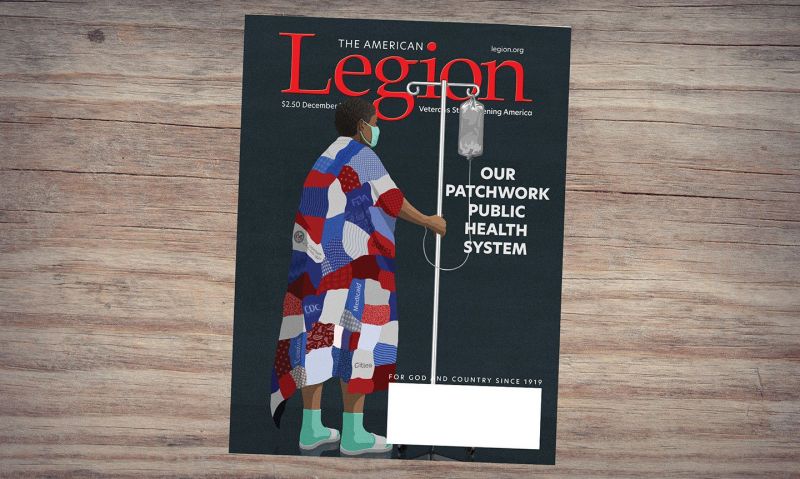 Our patchwork public health system, a Legionnaire’s eyewitness account of the Pearl Harbor attack, the National Medal of Honor Museum and a recap of The American Legion’s inaugural INDYCAR racing season -- read these articles and more in the December 2021 American Legion Magazine digital edition. The clickable digi-mag is available through MyLegion.org.

• Throughout the pandemic, the unevenness of America’s public health system has been laid bare, with federal, state and local agencies not all pulling in the same direction, Alan Greenblatt writes. Add a lack of coordination, competing authorities and the rampant spread of misinformation, and our readiness for the next crisis is in question.

• In his firsthand account of the Japanese attack on Pearl Harbor, American Legion Department of Hawaii Vice Commander A.A. Kempa describes the chaos, confusion and courage he witnessed in the days following Dec. 7, 1941. “Everybody wants to serve and help the other fellow -- help defend our land -- help to relieve the homeless and suffering -- sharing to the limit with the evacuees,” he wrote in the January 1942 National Legionnaire. “And I am sure our armed forces are ready for any eventuality.”

• A historic first year with Chip Ganassi Racing gave The American Legion national media exposure, contributions and a massive platform to address one of its highest priorities: preventing veteran suicide. Follow the Legion-sponsored 48 car during the 2022 NTT INDYCAR season.

• In “America’s Next National Treasure,” retired Army Maj. Gen. Patrick Brady says the National Medal of Honor Museum -- set to break ground in early 2022 -- will inspire and educate youth on why America’s worth fighting for.