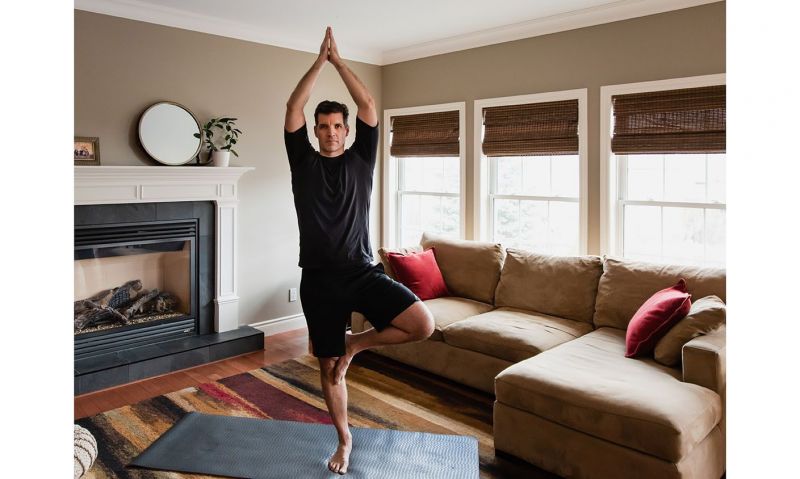 Yoga originated thousands of years ago in the Far East. Connecting body, mind and spirit, yoga has many different types, each with its own variations. When trying to determine which form of yoga is best for you, there’s no right or wrong answer — just one that may or may not be right for you at this moment.

This form consists of six series of specific poses taught in order. Each pose and series is given to students when the instructor decides they have mastered the previous one. This is a very physical, flow-style yoga with spiritual components. Classes are often structured so that the first or second series is taught start to finish over the course of 60 minutes to two hours.

Who it’s for: Anyone who likes a more physical, yet spiritual, practice.

Indian-American yoga guru Bikram Choudhury developed this style. Like ashtanga, it has a set series of poses performed in the same order. Each class is 90 minutes, with 26 postures and two breathing exercises. The room must be 105 degrees Fahrenheit with 40% humidity. Because Bikram yoga is so strict, many studios simply call their classes “hot yoga” so they can customize offerings. Devotees appreciate the massive amount of sweat and added flexibility.

Who it’s for: Anyone who likes to sweat, wants a more physical practice or prefers routine.

This style traces its roots to ashtanga, but is less regimented and more open to interpretation. It is generally more active and done at a quicker pace than other styles, focusing on strengthening muscles while increasing flexibility. Some studios offer a mix of power and slow-flow yoga to ease students into this intense practice.

Who it’s for: Those who like ashtanga but want less rigidity, as well as those who want a good workout or a less spiritual yoga practice.

Also called “flow yoga” or “vinyasa flow,” this is a common practice. Vinyasa translates to “place in a special way,” often interpreted as linking breath and movement. You’ll often see words like “slow,” “dynamic” or “mindful” paired with “vinyasa” or “flow” to indicate the intensity.

Who it’s for: From beginners to experienced yogis, anyone who wants more movement and less stillness from their practice.

In this slower style, poses are held for a minute and eventually up to five minutes or more. Yin is rooted in martial arts and designed to increase circulation in the joints and improve flexibility. The practice targets the hips, lower back and thighs while using bolsters, blankets and blocks to let gravity do the work. While other forms of yoga focus on muscle groups, yin helps connective tissues.

Who it’s for: Those who need to stretch out after a tough workout, or anyone interested in a slower-paced practice.

Yogi Bhajan, teacher and spiritual leader, brought this style of yoga to the West in the late 1960s. Kundalini in Sanskrit translates to “life force energy” (known as prana or chi in the yoga community), which is thought to be tightly coiled at the base of the spine. These yoga sequences are carefully designed to stimulate or unlock this energy, and to reduce stress and negative thinking. This is accomplished by challenging both mind and body with chanting, singing, meditation and kriyas (specific series of poses paired with breath work and chanting). You might notice everyone is wearing white, as it’s believed to deflect negativity and increase your aura.

Who it’s for: Anyone in search of a physical yet also spiritual practice, or those who like singing or chanting.

Named for its founder B.K.S. Iyengar, who developed his classical, alignment-based practice in India, this type of yoga became popular in the United States in the 1970s. While considered optional in many practices, multiple props are used in Iyengar classes. These include chairs, walls and benches, in addition to more common ones like straps, blocks and bolsters. This is a more static form of yoga for older adults, since it emphasizes detailed alignment and longer holds of positions and is usually less intense than other types of yoga.

Who it’s for: Someone who likes detailed instruction, anyone with physical limitations, or those in search of a more classical form of yoga.

Hatha yoga, which derives its name from the Sanskrit words for sun and moon, is designed to balance opposing forces. The balance in hatha yoga might come from strength and flexibility, physical and mental energy, or breath and the body. It’s often used as a catch-all term for the physical side of yoga, is more traditional in nature or is billed as yoga for beginners. To be considered hatha, classes must include a mix of asana (poses), pranayama (breathing exercises) and meditation, so other types of yoga – like Iyengar, ashtanga or Bikram – are technically considered to be hatha yoga as well.

Who it’s for: Anyone looking for a balanced practice, or those in search of a gentler type of yoga.

Sivananda yoga is a form of hatha yoga based on the teachings of Hindu spiritual teacher Swami Sivananda. Classes are generally relaxing: while most yoga classes end with savasana (a final relaxation/corpse pose), Sivananda starts with this pose, then moves into breathing exercises, sun salutations and then 12 basic asanas. It’s designed to support overall health and wellness and is appropriate for all levels and ages.

Who it’s for: Those looking for a gentler form of yoga, or anyone who wants a more spiritual practice.

The goal is to completely relax into poses, which are held for at least five minutes but often longer. Some teachers might even lead you through a guided meditation that allows you to hover blissfully between sleep and wake (nidra). One hour in yoga nidra is said to equal a few hours of shuteye, and while that can be a good self-care tool it can’t replace a healthy night’s sleep. Though all different types of yoga can aid stress relief and brain health, restorative yoga places its focus on down-regulating the nervous system.

Who it’s for: Anyone who needs to de-stress, those dealing with pain and anyone who struggles to relax.

This yoga often focuses on easing pains associated with pregnancy, such as sore hips or an aching low back. Prenatal yoga provides stress relief, exercise and self-care in one session. The breathing exercises can come in handy during labor and delivery. It excludes poses that might be too taxing or unsafe for the changing body of moms-to-be. But make sure you check with your doctor before beginning a yoga practice if you are pregnant.

Who it’s for: Moms-to-be, and new moms who are easing back into exercise.

Every style of yoga has its advantages, and you might encounter a mix of many types in the same class. While it may be challenging at first, stick with it to unlock yoga’s benefits.

Army veteran Jennifer Campbell is a certified personal trainer with a master’s degree in nutrition education. She is commander of the California American Legion’s 24th District.