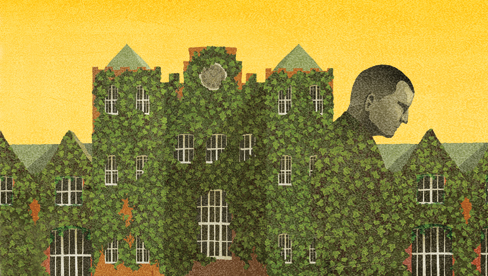 The Post-9/11 GI Bill is filled with complex provisions and specific requirements to meet the needs of veterans seeking modern college educations. But behind the benefit that became law in August 2008 is a simple philosophy: those who vowed to fight to the death for our country deserve the opportunity to get a
degree and pursue a satisfying career after discharge.

A similar philosophy made the original GI Bill one of the most impactful pieces of legislation in U.S. history. When millions of veterans came home from World War II, waiting for them stateside were home loans, unemployment compensation and, most importantly, the opportunity to attend college on the government's dime. These unprecedented opportunities helped create a well-educated, homeowning and prosperous American middle class, a wave of society now described as our nation's "greatest generation."

Almost 70 years later, the nation is at a similar turning point. With wars on two fronts and an economy spinning in a recession, newly discharged veterans are once again looking to the GI Bill to guide their futures. Lawmakers and veterans advocates would like to believe that the Post-9/11 GI Bill will have the positive effect on the economy that its forefather legislation did, but the nature of higher education and the identity of the typical military veteran alike have changed dramatically over the decades. These days, almost everyone pursues some sort of additional schooling after high-school graduation, unlike a half-century ago. Also greatly changed is the traditional understanding of a college as a bricks-and-mortar institution.

These evolutions in academia have complicated the process of turning today's combat veterans into college students. The Post-9/11 GI Bill benefit itself, which The American Legion strongly supported, was almost too successful when it was first implemented in August 2009. Thousands of students applied for the benefit at once, creating a bottleneck that forced VA to make emergency cash payments to accommodate the first wave of GI Bill users. While the process of getting the benefit has smoothed out in its second year, other challenges persist. The Post-9/11 Veterans Educational Assistance Improvements Act of 2010 was passed in mid-December partly to address application and processing issues, as well as to expand the benefit to better serve National Guard and reserve veterans, and those who seek distance-learning or vocational educations.

Military veterans, especially those who saw combat, often find it difficult to shift from military to college life. "It's tough," says Bob Madden, assistant director of the Legion's Economic Division. "They're older students, they're focused on getting their work done. They aren't going to join fraternities. These are different individuals than kids who are 19 and 20 years old. They are probably working, and they could have families."

These differences can create learning barriers, according to the National Survey of Student Engagement (NSSE), an organization that annually collects information and reports findings about student engagement and participation at four-year colleges. In this year's survey, NSSE asked students polled to specify if they were veterans.

The veteran students' answers greatly differed from traditional students in two areas. The survey found that student veterans, especially seniors, were less engaged with faculty and campus activities than their nonveteran counterparts, and perceived lower levels of support from the schools.

"The supportive-campus measurement of the survey was one of the items where we were finding a low systemic score among veterans, compared to regular students," NSSE Director Alex McCormick says. "That's what leads us to conclude that special attention should be paid to them."

At face value, the survey's findings are troubling. But they aren't indicative of a lack of effort on campuses, says Dan Sewell, national vice president of Student Veterans of America. To him, the issue isn't that academic institutions ignore student veterans - it's that they don't know how to embrace them.

"Most universities are very supportive of veterans, but most aren't understanding of the ways they should support them," says Sewell, a senior at the University of Missouri.

Methods of providing support vary and are still evolving. Many schools have support groups and organizations for veterans to join. Often, dedicated areas or buildings on campus are available for veterans. Some institutions employ counselors with military backgrounds to help veterans with benefits processing and personal issues.

To what degree support services keep veteran students on campus and pursuing their educations is unknown. VA doesn't keep statistics on retention or degree completion for GI Bill users.

The dropout rate among veterans, however, is on the radar screen of VA's director of education services, Keith Wilson. "We can do the best job in the world with providing benefits to individuals, but if they don't stick with it and graduate, then it's all for naught," he says. "They need to get that degree so they can be the leaders the nation needs in the future."

At 28, Sewell is a typical Post-9/11 GI Bill student. He attends a major university, is older than his classmates, and is fully aware that his Air Force experience distinguishes him. When he started college in 2007, many of the veterans-support and outreach programs now available at his college were just starting to spring up. Though he never perceived a lack of support, he understands how veterans feel after the abrupt change of lifestyles.

"I think the initial reaction veterans have when they first get on campus is to be disengaged," Sewell says. "But in my opinion, and in my experience, if you do your best to engage these students and try to find an understanding, the connection is going to be very valuable for the veteran and the student, because the veteran can gain a sense of comfort, and the student can gain insight into what the military is like."

"In some ways, it's no different than what schools should do for other students," McCormick says. "Schools should do some sort of needs assessment and find out what things are going well and what roadblocks might exist for them - what is contributing to these feelings of there not being adequate support on campus. Institutions should look for models out there. There are campuses that accommodate veterans well. There are colleges that have offices that assist veterans in their adjustment to campus. It's not rocket science."

The survey shows that the disconnect isn't caused by a lack of interest in academics. McCormick says it's particularly noteworthy that the study found that veterans applied about the same amount of time to school as their peers, even though they had other obligations.

"Veterans spend more time working and more time caring for dependents, but they are spending just as much time studying," McCormick says. "They have all these responsibilities, but they are every bit as serious as other students."

The stakes are high, Madden says. If the problem worsens, and the veterans don't complete their educations after they separate, a great disservice could be done to those who have served so honorably, he says. And, from an economic perspective, if student veterans are allowed to drift, he adds, they won't fulfill the promise of a modern GI Bill that has a tough act to follow.

Andy Romey is assistant web editor for The American Legion.