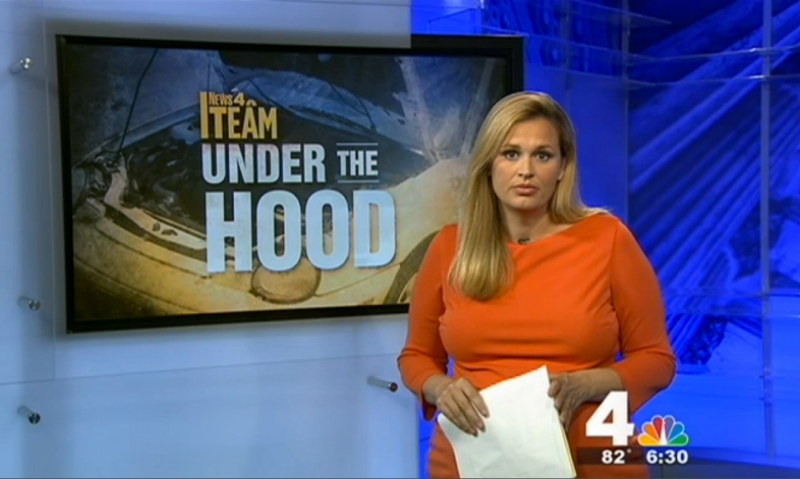 A Washington, D.C. television station, a newspaper in North Carolina and a five-part investigative report of a Washington-based “online news and opinion site,” will receive The American Legion’s Fourth Estate Award during the Legion’s 96th National Convention in Charlotte, N.C., on Aug. 28.

The Fourth Estate Award has been presented annually by The American Legion since 1958 for outstanding achievement in the field of journalism. Nominations were considered in three categories: print, broadcast, and new media (Internet).

Taking top honor in the print category was a series of three articles in The Daily News of Jacksonville, North Carolina on the effects of government sequestration and its impact on the military mental health care system. Reporter Thomas Brennan’s investigation found that the large number of government mental health care workers furloughed was having a dramatic and harmful impact on servicemembers unable to receive adequate treatment for post-traumatic stress. Following his expose and the attention of a member of Congress, the secretary of Defense exempted mental health workers from the furlough, returned them to work and restored treatment of personnel back to full capacity across the Department of Defense.

After getting repeated complaints from customers and a tip that problems inside a company went beyond local shops, WRC-TV news launched a one-year investigation which ultimately led to a five-part television report titled “Under the Hood: The AAMCO Investigation,” which captured the top spot in the broadcast category. The WRC team of Tisha Thompson, Rick Yarborough, Jeff Piper and Mike Goldrick achieved results: AAMCO, the world’s largest transmission repair chain, pulled its multi-million dollar advertising campaign, retrained more than 700 franchise owners nationwide, conducted thousands in overdue repairs and now faces a class-action lawsuit. The team used nearly every investigative technique to expose “what really goes on behind garage doors when they think no one is looking.”

Senior Watchdog Reporter Mark Flatten of the Washington Examiner captured the award in the Internet (new media) category for his prescient investigative series, “Making America’s Heroes Wait.” Delving into the Department of Veterans Affairs backlog of claims, he found that veterans were dying, left to suffer with unhealed wounds – not on the battlefield – but back at home, sometimes decades later. Much of the delay was of the VA’s own making. As the result of his reporting, several investigative hearings were held and public and congressional pressure forced the VA to reprioritize resources to target disability claims that had dragged out far too long.

“These outstanding works of journalism not only stand far above the norm, but each of them has also resulted in an outcome that has positively impacted the lives of people,” National Commander Daniel Dellinger said. “These committed journalists have devoted long, hard hours into investigating, researching, writing and producing masterful reports that have truly made a difference for the better in our world.

“I will be honored to present each of them with our highest recognition of journalistic accomplishment, The American Legion Fourth Estate Award in Charlotte this August. They are among the very best journalists in our nation.”