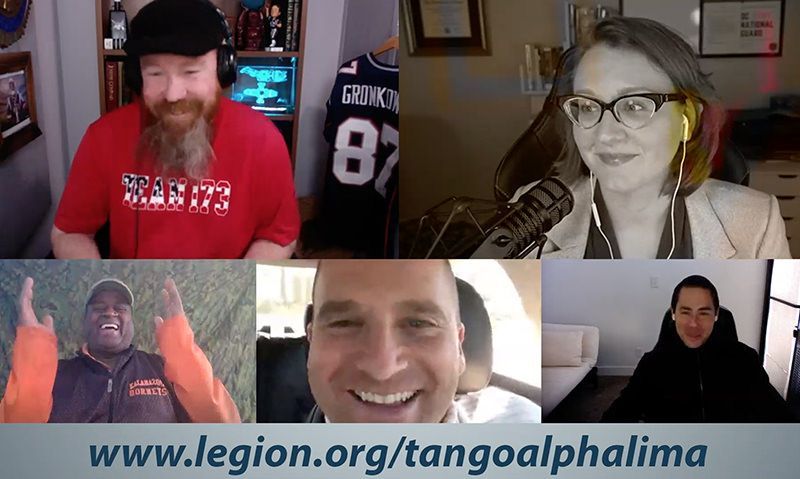 In the final episode of Season One of The American Legion’s Tango Alpha Lima podcast, the co-hosts welcome Army veterans Ethan Morse and Neal Schrodetzki of Time to Kill Productions.

The documentary filmmakers, who are members of American Legion Post 43 in Hollywood, met in the spring of 2004. After their service, they launched into their goal of creating documentaries.

On the podcast, they discuss the upcoming release of “Honor Guard,” a four-part documentary series, on Amazon. The documentary follows the 3rd Infantry's Regimental Orientation Program, the U.S. Army's Caisson Platoon, the U.S. Army's Drill Team, and Delta Company's Full-Honors Casket Platoon as soldiers learn the responsibilities and traditions they are to uphold.

Morse and Schrodetzki discuss how their friendship evolved; the making of “Honor Guard,” which included navigating a litany of red tape; and their service at the Tomb of the Unknown Soldier.

Check out the new episode to learn more about the filmmakers and the documentary series. And you can also go back and listen to all previous episodes, or watch the YouTube versions, at legion.org/tangoalphalima.

The Tango Alpha Lima team will take a break for the holidays but return with a new, more dynamic Season Two on Jan. 5. The new season starts with special guest Jared Lyon, the CEO and president of Student Veterans of America. Starting with that episode, Tango Alpha Lima episodes will be released on Tuesday mornings by 9 a.m. Eastern.

Please take a moment to rate and review the podcast on iTunes, Spotify, Stitcher or other platform-hosting sites. That helps others with an interest in military topics, veterans issues and patriotism find Tango Alpha Lima. Learn more about Time to Kill Productions and the Honor Guard documentary.