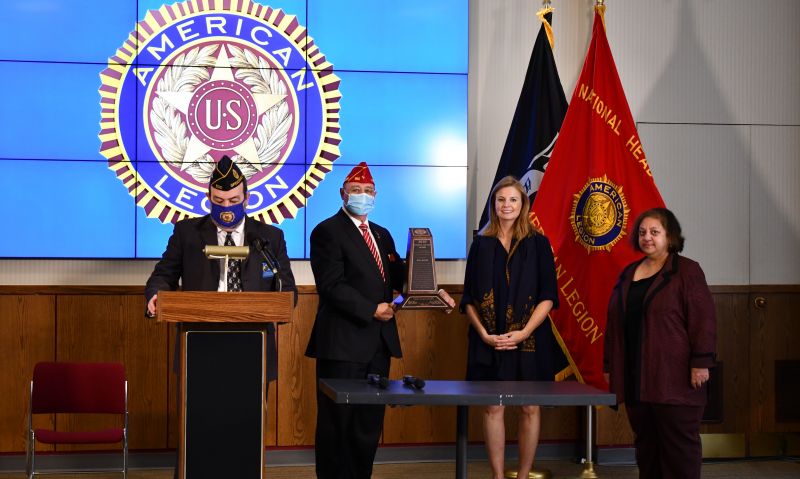 McClatchy News and reporter Tara Copp were presented with the Fourth Estate Award for print during a ceremony at The American Legion’s Washington headquarters on April 14. The news organization is being recognized for its five-part series, “Stricken: Veterans want answers as new data shows rise in cancers over two decades of war.”

The series focused on toxic exposure and other health issues veterans have suffered in the two decades of war.

“McClatchy’s exclusive ‘Stricken’ investigation is the first time a media organization has processed nearly two decades of raw cancer treatment data, obtained through FOIAs from the Department of Veterans Affairs, to report the numbers behind what veterans are experiencing firsthand – that after two decades of war, cancers in their community are on the rise,” wrote Tabassum Zakaria, managing editor of McClatchy’s Washington bureau.

Following the publication of Copp’s work, former VA Secretary Robert Wilkie told McClatchy News he was very concerned about the cancer rates. And in February 2020, her reporting was cited by Reps. Elaine Luria, D-Va., and Adam Kinzinger, R-Ill., when they introduced the “Military Pilot Cancer Incidence Study Act.”

“This September will mark the 20th anniversary of the 9/11 attacks,” said Copp. “When we went to war there was the urgency of response. In hindsight it does not appear that the long-term costs of war were part of the equation. But that doesn’t mean those who went and served should be refused care now.”

The Fourth Estate Award has been presented annually by The American Legion since 1958 for outstanding achievement and impact in the field of journalism. You can watch the full ceremony here.