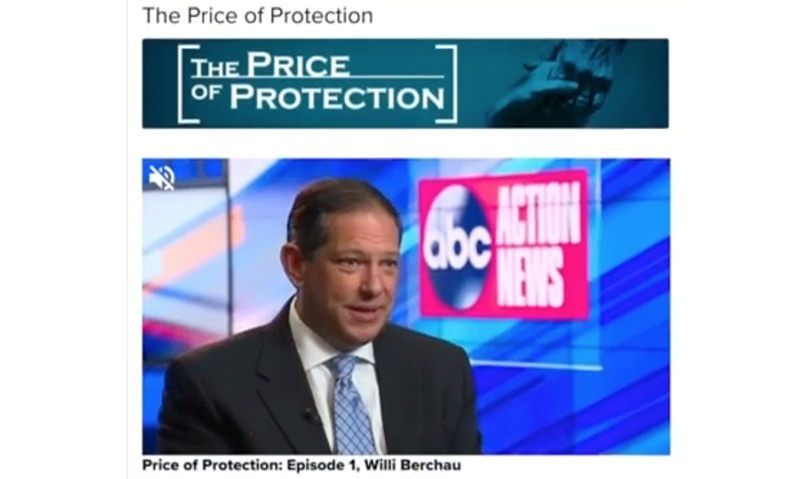 A central Florida television station, an Illinois newspaper and a popular website will receive The American Legion’s Fourth Estate Award during the 102nd National Convention of the nation’s largest veterans organization in Phoenix on Sept. 2.

The Fourth Estate Award has been presented annually by The American Legion since 1958 for outstanding achievement in the field of journalism. Nominations in 2021 were considered in three categories: broadcast, print and online media. They were selected by the organization’s Media & Communications Commission earlier this month and announced today.

Taking top honor in the broadcast category is the ABC Action News (WFTS-TV) I-Team in Tampa. In a comprehensive series titled “The Price of Protection … Problems with Court-Ordered Guardianship,” the E.W. Scripps-owned station examined problems with many of Florida’s court-ordered guardians who victimize vulnerable seniors while profiting from their care.  The reporting is believed to have influenced the firing of an agency head by Florida Gov. Ron DeSantis and reforms passed by the state’s legislature.

Daily Herald of Arlington, Heights, Ill., is being recognized in the print category for its series articles about deceased veterans who died with no relatives willing to arrange funerals. The articles quickly went viral, prompting hundreds of people from the Chicago area to show support and attend memorial services for the veterans, which included military honors.

The Fourth Estate Online Media Award is going to Military.com, a previous recipient of the award.  Reporter Gina Harkins was the first to report of a Marine Corps proposal to close its recruit depot at Parris Island, S.C. The proposal was short-lived as several members of South Carolina’s congressional delegation voiced strenuous opposition to any plan that would close the historic facility. Rep. Joe Wilson cited Military.com’s reporting as a direct cause of The Parris Island Protection Act.

“The American Legion has always respected important role of a free press,” said James  W. “Bill” Oxford, national commander of The American Legion. “The American Legion would not be nearly as effective without media coverage of our positions and programs on the national and community level. The Fourth Estate Awards represent the best of the best. These award winners are being recognized for outstanding works of journalism that not only stand far above normal media reporting, but have also resulted in outcomes that have positively impacted the lives of people and issues. Our 2021 award winners reflect that.

“These committed journalists have devoted long, hard hours into investigating, researching, writing and producing reports that have truly made a difference.

“I will be honored to present each of these deserving recipients with our highest recognition of journalistic accomplishment, The American Legion Fourth Estate Award, at our national convention this summer. They are all credits to their profession.”