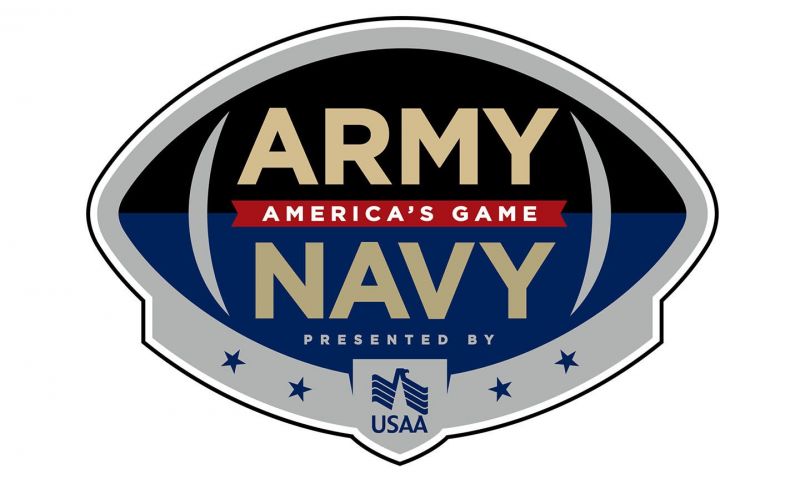 Among the great rivalries in college sports, only one can claim to embrace a real fan base from all 50 states. It symbolizes the best ideals of sports – fight your hardest to win simply for the love of the game without expectation of a professional career – and it has deservedly earned the nickname of “America’s Game.”

On Saturday it’s time for the 122nd annual Army-Navy game, presented by USAA.

Kickoff at MetLife Stadium is set for 3 p.m. Eastern Time on CBS-TV. The telecast begins at 2:30 with the College Football Today pre-game show. In respect to the purity of this game, the NCAA has again scheduled no other FBS game on Saturday.

MetLife Stadium in East Rutherford, N.J., a new venue for the game, was chosen to pay tribute to the 20th anniversary of the Sept. 11, 2001, terrorist attacks that claimed the lives of more than 2,700 innocent people in New York City, as well as hundreds of others in Washington, D.C., and Shanksville, Pa. The skyline of America’s largest city can be seen from the top of the grandstands.

“Over the last 20 years, we’ve lost hundreds of Americans in the war on terror, and thousands and thousands have been affected,” said Army coach Jeff Monken. “So, to have it here, on this stage, at this stadium, on the 20-year anniversary, I think is very appropriate.”

The gridiron battle symbolizes far more than excellence in sports; it is reminder to all that America’s military makes great sacrifices to keep all Americans safe and free.

The students at the U.S. Military Academy and the U.S. Naval Academy know full well that this game is more than a game. They are motivated to end any conversation with “Beat Navy” or “Beat Army” while banners proclaiming those sentiments hang proudly at West Point and Annapolis.

And yet they also know that within months of graduation, each of them may find that they are depending on graduates from the other institution for their very lives. For that reason, after 60 minutes of the hardest football playing they will ever muster, the players from both teams embrace, shake hands and sing both alma maters with pride and respect. For most seniors, it is the last (or, because of Army’s invitation to face Missouri in the Armed Forces Bowl on Dec. 22, next-to-last) major football game they will ever play.

Navy coach Ken Niumatalolo  reflected on how some of his former players later found themselves in military duties alongside former Army players.

“In this heated rivalry, we want to beat them, they want to beat us. But what they do afterward is different. They have said to me, ‘Hey, coach, do you remember so-and-so that played linebacker or offensive guard at Army? We served together, and he is actually a really good guy.’ They actually get to know each other and become friends. It’s kind of cool.”

While both teams employ the triple-option offense (run, pitch or pass), the two teams have experienced different fates this season. Army (8-3), which won last year’s matchup 15-0, is averaging 35.45 points per game and enters the 2021contest on a four-game winning streak.

Offensively, the Black Knights are averaging 301.2 rushing yards per game (second-best in the nation) and that steady running game has enabled them to control the clock by maintaining possession of the ball for 36:38 (also second-best nationally). Five players – running backs Tyrell Robinson (582 yards plus nine receptions for 268, 130 on punt returns and 112 on kick returns), Jakobi Bucanan (412), and Anthony Adkins (345), and quarterbacks Christian Anderson (519) and Tyhier Tyler (470) – share most of the running for the team, which has scored 43 rushing touchdowns (best in the country).

Navy (3-8) leads the all-time series against Army (61-53-7), but the Midshipmen have struggled this year; 11 opponents, including Army, are going to bowl games. Injuries have decimated Navy, which scrambled to field its youngest team in years. The 66 slots on the depth chart feature 10 freshman and 20 sophomores.

Las Vegas oddsmakers have made the Black Knights 7.5-point favorites.