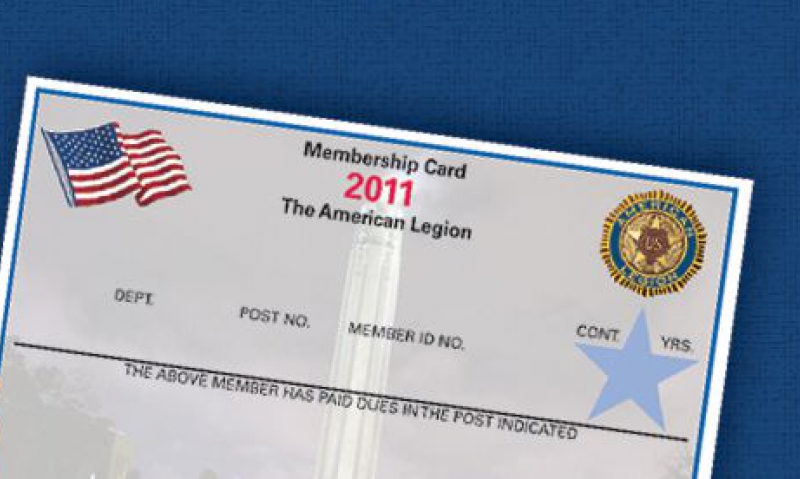 And the last shall be first.

The latest membership numbers are in, and for the first time since 1999, the Department of Kentucky is in the top spot. That’s quite a jump for a department that hovered near the bottom at the end of last year.

At the 93rd National Convention in Minneapolis, Kentucky Legionnaires will be sitting in the front row, and they’ll be leading the convention parade. Congratulations to them on a job well done.

Naturally, I was curious to know how a department that had ranked 52nd in membership rocketed to No. 1. Turns out there’s no secret – just hard work, and a team of leaders who are committed to the same goal. In other words, they all agree it’s time to go big or go home.

“I got tired of Kentucky being in last place,” says Mike Phelps, department commander and a 29-year member of Highland Post 201 in Louisville. “We’ve got the Kentucky Wildcats, the Louisville Cardinals ... We’re from Kentucky. We’re winners.”

Last summer, during the Legion’s National Membership Workshop, Phelps assured National Commander Jimmie Foster and National Membership Director Billy Johnson that if they were given an obtainable goal, Kentucky Legionnaires would work hard to meet it. They gave him a goal of maintaining Kentucky’s total 2010 membership, plus one.

Returning to department headquarters, Phelps and his team – including Sidney Shouse, department adjutant, and Ted Austin, department membership chairman – put up a large poster board listing the national membership goal dates and the number required to meet each goal. Then they added another column: Kentucky’s membership dates, set two weeks before the national dates.

“Every day, Peggy Reese, who processes membership in the department, stuck a yellow Post-it with the latest number on the line we were working on, so we knew exactly where we stood,” Phelps says. “If we didn’t meet the goal by the Kentucky date, we were calling district and post commanders asking for renewals and new members to be turned in so we’d meet the national date.”

The result? Kentucky met every national membership goal, and as of May 11 was the only department with more members than it had last year.

“As we started meeting goals, the momentum in the department grew,” Phelps says. “Success breeds success. Everybody wants to be on a winning team.”

He applauds Kentucky’s district and post commanders, who he says are the real MVPs. They paid visits. They made calls. They mailed out renewal letters and follow-up postcards to members of the department’s Post 200, and invited them to transfer to local posts.

Enthusiasm starts at the top, but the more Phelps communicated the department’s goals, the more commanders caught the spirit. They began calling department headquarters and clicking on the website, eager to know where their post or district was in the standings. Before long, a friendly competition was under way, one that’s built esprit de corps and netted 66 100-percent posts.

Early on, Phelps told his team to concentrate on encouraging those posts that were nearest the finish line. “Those far down are comfy there,” he says. “Focus on those who are closest, and you can grab the brass ring.”

In these tough economic times, that sometimes means paying out of your own pocket. The department’s Help Your Buddy program encourages members to pay someone else’s dues, “helping each other like you did when you were in the service,” Phelps says.

He recalls telling Kentucky’s service officers how close some posts were to achieving 100 percent. Hearing that her own was just seven members away, a woman from Post 1 in Hardinsburg paid their dues on the spot.

Kentucky did it. You can do it, too.