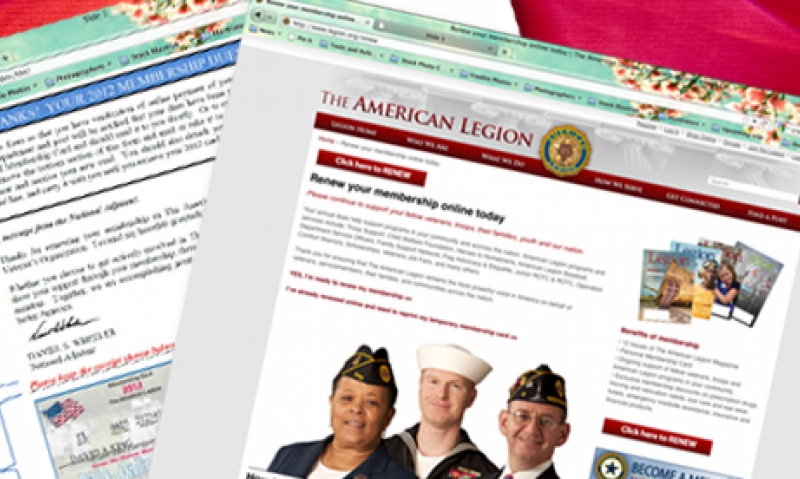 Some 2,500 transactions a day have been handled since July 1 when Legionnaires were given the ability to renew their memberships online here. The American Legion Information Technology Division reported that more than 25,000 members renewed online within the first 10 days of its availability.

"The high volume of online renewals shows us many things," American Legion National Commander Jimmie L. Foster said. "Foremost, there is tremendous market demand for fast, convenient online membership services. Second, it shows that our members are paying close attention to notices posted in the organization's media, and acting upon them. This early wave of online renewals is coming before most printed renewal notices even reach member mailboxes. It is highly likely the biggest portion of those who renewed online learned about the new service on the Internet as well."

The ability to renew American Legion membership online was tested in five departments - Illinois, Arizona, Wisconsin, Georgia and Maryland - where the rates of renewal outperformed previous years and other departments that offered only paper-based renewal opportunities.

A change in The American Legion Constitution was required and approved at the 92nd National Convention in Milwaukee last year, after recommendation from the National Executive Committee at the Spring 2010 Meetings, to offer online renewals nationwide. The ability to join The American Legion online has been available for several years here.

National Headquarters installed the necessary technological and processing changes to offer the service as an option to paper-based renewal. "It is important to remember that online renewal is a choice, not a mandate," Foster said. "Judging from the number of online renewals so far, the membership seems to like to have that as an option to mailed renewals. More and more, people want to conduct business online, and the Legion is working to provide that convenience while at the same time ensuring the highest standards of security."

The IT Division reported that few technological problems were reported in the initial days of online renewal. Informational videos explaining how to renew online are available here.