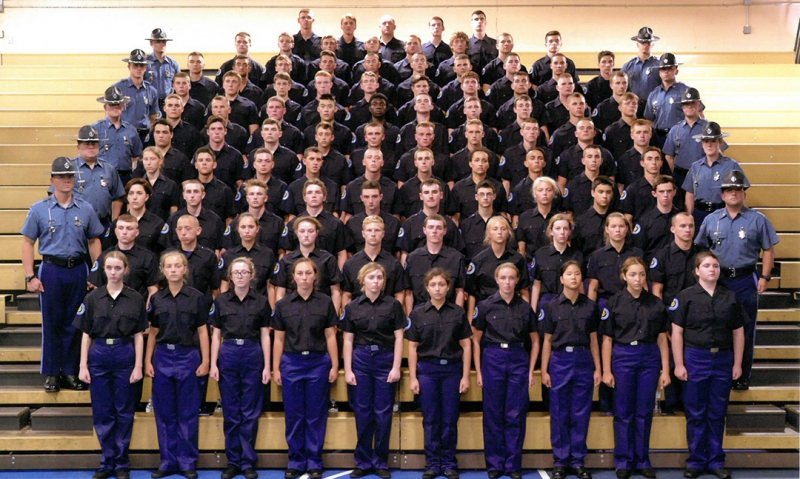 Graduates of the 2016 Student Trooper program in Massachusetts.

Each summer, hundreds of young men and women from across Massachusetts come to the Massachusetts State Police Academy to participate in the Student Trooper program.

It’s a program the Massachusetts American Legion has sponsored for 30 years, part of the Youth Cadet Law Enforcement Program sponsored by Legion departments in 19 states all together.

The Student Trooper program aims to recruit young people from a variety of communities and cultural backgrounds to increase their understanding of the job of police officers, show them the demands of police training and to develop better relationships between youth and the police.

“The state police are really on board (with the program),” said Brault, who also praised committee chairman Jimmy Flattes for his work with the program over the last 11 years.

The program consists of two one-week sessions each summer, with 100 youths ages 15-17 in each class.

It’s no easy camp, by any means. The program includes vigorous physical training, including running and calisthenics, thus requiring a physical exam before applicants will be accepted. The days start with reveille and the raising of the colors at 5:30 a.m. and end with lights out at 10 p.m.

“You see them come and check in on Monday morning, they’re high school kids. Five days later, their parents don’t even recognize them,” he said. “It’s an amazing program.”

Brault said about 60 percent of the student troopers go into some type of law enforcement later on, and some come back to help with the program.

“The last class, five of the instructors were graduates of the student trooper program,” he said.