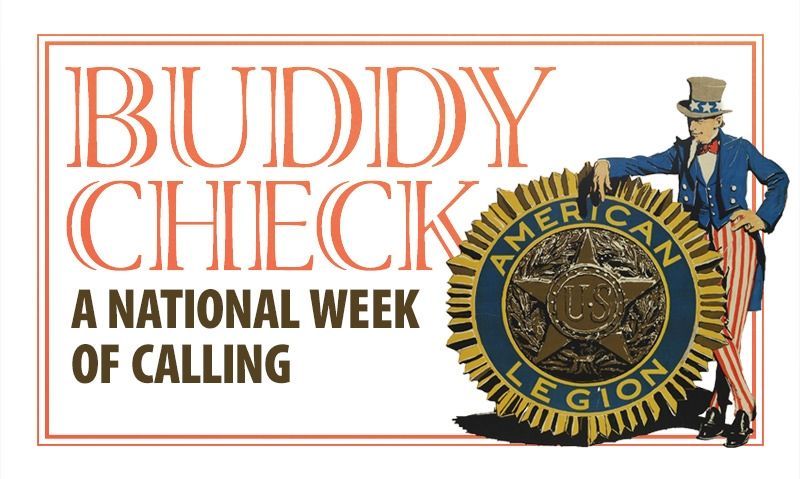 In January, American Legion War Memorial Post 30 in Camden, Maine, conducted its first Buddy Checks. Initially, hesitation to make the phone calls was heard from a few members who felt that members wouldn't want to be "bothered with this type of thing; they probably had better things to do," said Post 30 Adjutant and retired Air Force veteran Jeff Sukeforth.

The hesitation didn't didn't stop Sukeforth and other Legion Family members from conducting the Buddy Checks. "And the results were off the chart wonderful," Sukeforth said.

Buddy Checks were made to current members, as well as to the widows of members who had passed last year. Post 30 members making the phone calls received many thank-yous and the "gratitude was flowing in every direction," Sukeforth said. "The checks work!" Post 30 members found that one of their fellow members had been living at the Togus VA medical center in Augusta, Ga., for three years and no one knew; and another member was dealing with a medical issue. The post chaplain and service officer have reached out to these members.

"Don't hesitate - if you have not conducted one of these checks, get it scheduled ASAP," Sukeforth said. "It is worth the time and effort, and don't forget your post's (widows) either.

"We have made the decision that we will complete Buddy Checks at least three times a year, and we look forward to doing the next one."

Resolution 18 calls for Buddy Checks to be conducted twice a year, during The American Legion's birthday (March 15-17) and Veterans Day (Nov. 11), but posts can conduct them at any time throughout the year as shown by Post 30. A kit is available to help guide posts on Buddy Checks at www.legion.org/membership/buddycheck. The online resource contains information about Buddy Checks, tips, answers to FAQs and downloadable resources such as a flyer, scripts and more.