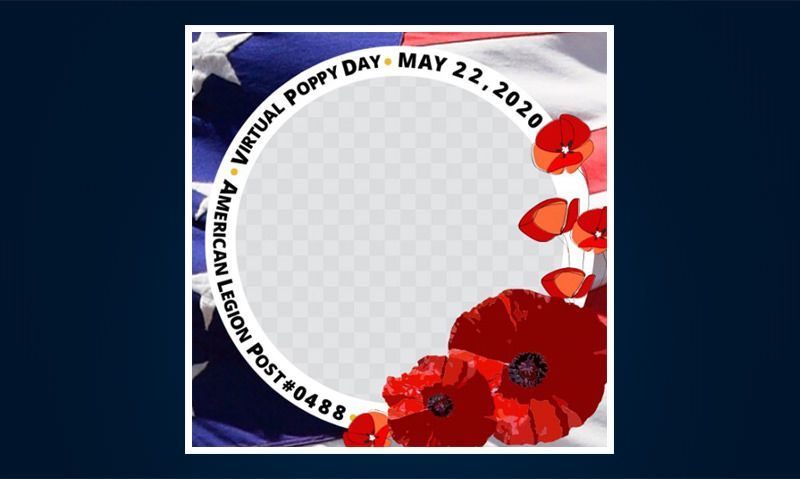 The coronavirus pandemic has forced American Legion posts to change the way they do business. Conducting meetings has become a virtual affair. Food drives and distributions have had to be done while observing social distancing. And as Memorial Day showed, American Legion posts weren’t going to let a pandemic get in the way of observing the sacred holiday.

But for American Legion Post 488 in Riverside, Ill., moving into the virtual world was a discussion that came up months before the pandemic hit. And since stay-at-home orders went into effect in Illinois, the post hasn’t missed a beat.

Monthly meetings and a weekly commander’s call take place via Zoom. A Poppy Day promotion was handled through Facebook, and on Memorial Day the post offered up the reading of President Abraham Lincoln’s second inaugural address by Lincoln interpreter George Buss.

Post 488 Commander Joseph Topinka said that last September he invited Marla Marie Curran, who now volunteers as the post’s community outreach coordinator, to speak to post membership about developing an online presence and looking at the ability to meet virtually.

“Even before the pandemic we were trying to do this,” Curran said. “If the weather’s bad and they don’t feel safe driving (to meetings) … or just can’t make it, they can still sign into their monthly meetings and still have a say, have a vote. They can interact and find out what’s going on.”

Meeting virtually, Curran said, also is more appealing to younger veterans perhaps working more than one job or with young children and who don’t have the time to drive to and attend a meeting in person.

“Being virtual, we can sit here and take 45 minutes, we can put our microphone on mute, we can still hear what’s going on, we can talk when we need to, and that keeps us engaged,” Curran said. “The pandemic just kind of pushed us to do what we were already trying to implement. We already had the stepping stones to do it.”

The weekly commander’s calls offer members the chance to check in with fellow veterans. Post meetings include guest speakers, most recently retired U.S. Army Col. Kelly A. Wolgast, who earlier this month spoke about being a military nurse and leader, and how it relates to the pandemic. Future guest speakers already are scheduled through August.

Topinka said the post has been sending webcams to older members in order to get them to participate. One member hadn’t been to meetings in years but now is attending virtually.

“We normally don’t have meetings in the summer, but because of the pandemic I decided that we should continue doing things in the summer so that people have a place to go,” Topinka said. “It’s actually been an opportunity for young and old alike to come and participate. But what’s important is it’s value-added. We bring a good guest speaker, somebody that attracts people and that people will learn from. And we now have attracted members from other states.”

In advance of Poppy Day and knowing it would be impossible to distribute poppies to the community in a traditional way, Post 488 came up with another way to spread the word about Poppy Day while raising funds. Creating a virtual poppy, the post encouraged Facebook users to use the poppy as a profile picture frame. Those who used the frame were asked, but not required, to donate.

“I keep telling people it’s not so much where your building is, but where you build your community,” Topinka said. “If our community can be virtual, it’s still a giving community. It’s still people doing good things. I don’t care if you’re from Riverside or not. You can be somewhere else and you can still do something in the name of the post and in the name of The American Legion.”