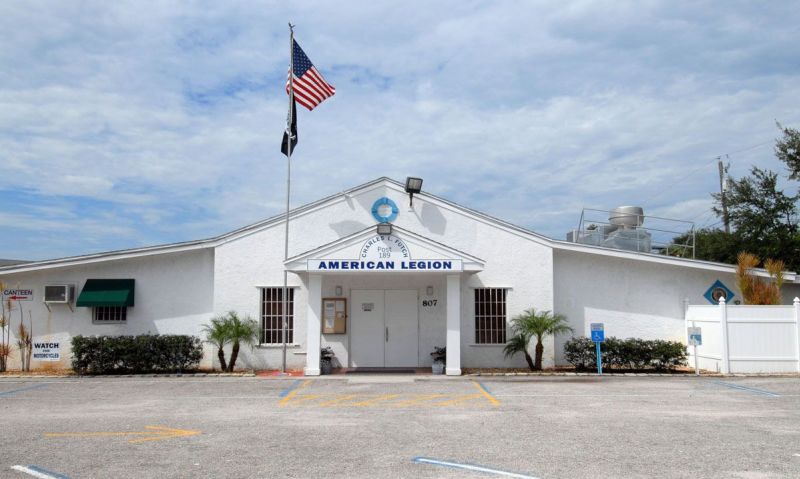 Along the Atlantic Ocean in a city of around 20,000 residents, American Legion Post 189 in Sebastian, Fla., is “always looking for new members,” according to Sons of The American Legion Squadron 189 Historian and Public Affairs Officer George Von Kantor.

Thanks to a new idea by Von Kantor and his wife, the incentive to join Post 189 is now a little bit stronger for recently separated veterans.

Around two weeks ago Post 189 launched the Von Kantors’ idea, Operation Welcome Home. The idea came from Von Kantor and his wife, Christine, noticing neighbors displaying a yellow ribbon in front of their home. The Von Kantors inquired and found out that the neighbors’ son, Josh, had recently come home from a four-year enlistment in the U.S. Marines.

Christine, a member of Auxiliary Unit 189 and past unit treasurer, suggested giving Josh a handmade U.S. Marines key fob and holiday ornaments. Josh was given both items, prompting Christine to wonder why the post didn’t do something similar for every veteran returning to the community after their service. She also suggested Post 189 sponsor Josh’s first year of dues.

George met with Post 189 leadership to share the idea, which was embraced immediately. It’s now a post program. George has said he’s even asked Josh to help develop the program further “and give me some insight” as to what a 28-year-old veteran would want and need in the community and in Post 189.

As of now, that includes one year of American Legion membership; a one-year paid membership to Anytime Fitness of Sebastian which is a $500 value; one free hair cut at Big C’s Old Time Barbershop in Sebastian; and a hand-crafted holiday ornament and key fob with military logo crafted by a local artist.

“We’re doing this for two reasons. One, it’s our appreciation for what (veterans) have done,” George said. “The other is for the people participating, the vendors. The vendors feel some gratification to help reward (the veterans) for their efforts for what they’ve done in the military.”

The program is open to any woman or man with an honorable discharge from the U.S. military within the previous six months. Qualifying veterans must live in Sebastian or the neighboring town of Fellsmere.

George said he continues to reach out to other local businesses – restaurants, phone stores, hair and nail salons and others – to get them involved with the program. I’m trying to get as many participants on board to make it a really nice package,” he said.

In addition to growing the post’s membership, George said the program is an opportunity to continue to work successfully with other members of the tight-knit Sebastian area. “It’s a very small community. We interact. We know everyone,” he said. “We know the Lion’s Club people. We’re in the (Chamber of Commerce). Everyone knows everyone here. One hand washes the other.”