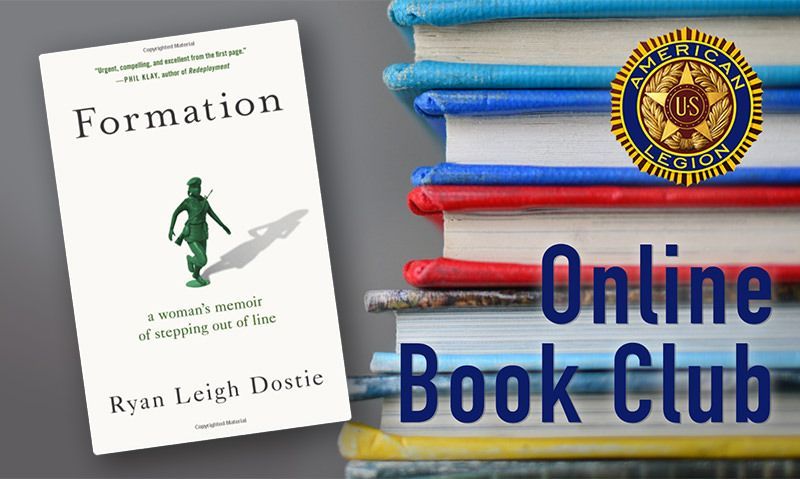 Before the coronavirus pandemic broke out, the American Legion Department of North Dakota already was looking to engage its members and other veterans in non-traditional ways. But since stay-at-home orders and social distancing became the norm, that initiative has taken on even greater importance.

Utilizing both Twitter and Facebook, the department is reaching out to membership and prospective members in a variety of ways, including an online book club, sharing important veteran and military news, providing updates from the national American Legion and bringing awareness about the issues of women veterans and those veterans dealing with post-traumatic stress disorder.

The Legionnaire behind the effort is Amy Wieser Willson, a member of Fargo Post 2 who owns a small communications company that has contracted to run the department’s social media program and handle some public relations.

Retired from the Army National Guard, Willson said the social media platforms have allowed the department to reach different demographics while highlighting not only what The American Legion is doing, but other issues of importance to the veteran community.

“Trying to connect through those channels where more of that younger generation is has been important,” Willson said. “But one of our goals when we started, and it was more on Facebook, was how do we reach more women. And we managed to push that. We’ve been hovering around 51, 52 percent women vs. men on our Facebook page.”

The online book club features a new book every month, many that Willson has read herself and others she’s seen recommended; the books are geared toward the veteran experience or issues facing veterans. Each tweet or Facebook post includes a photo of the book’s cover and a brief description.

Willson said the focus of the book club is “how can we help families and others really understand post-traumatic stress, maybe identify a little bit more. And also to connect online … and how can we keep people involved and know that we’re active, and there’s still a way to learn and take part (in The American Legion) even if you’re not going to a meeting every month.”

Through Twitter and Facebook, the department has shared information about the importance of Buddy Checks, updates on COVD-19 and messages from American Legion National Commander Bill Oxford, while also observing veteran and military holidays and honoring North Dakota servicemembers killed in action.

“It’s just being able to actively communicate with those who aren’t going to (American Legion) meetings necessarily, don’t have the time – whatever it might be,” Willson said. “They can still stay connected with us. And if they aren’t members, they can look at everything that we’re doing. We’re active. We’re relevant. We’re important. And I think that’s just reinforced with that ongoing communication.”