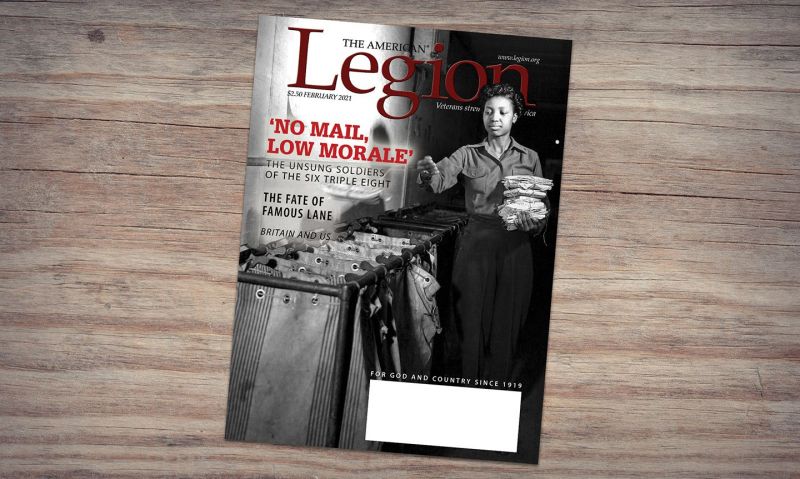 The February 2021 American Legion Magazine digital edition salutes the only Women's Army Corps battalion of African-American women sent overseas in World War II, considers the greatness of Great Britain, and calls for the Biden administration to stay tough on China. The clickable digi-mag is available through mylegion.org.

• The Senate has passed legislation that would award the Congressional Gold Medal to the women of the 6888th Central Postal Directory Battalion, who battled racial prejudice and low expectations while eliminating a massive mail backlog for U.S. servicemembers in the final months of World War II. “They took their job very seriously, and they were fantastic at it, ultimately delivering 17 million pieces of mail in about eight months,” says Jim Theres, writer, director and executive producer of “The Six Triple Eight,” and a member of American Legion Post 534 in McFarland, Wis.

• From cultural influence to economic and military strength, Alan W. Dowd makes the case that Britain's role in the world is anything but diminished.

• In "A Famous Man," retired Army Col. Keith Nightingale shares his memories of Pfc. Famous Lane, who gave his life in Vietnam to save two soldiers who ridiculed him.

• In a message on national security, National Commander James W. "Bill" Oxford explains The American Legion's support for a "Buy American" policy within the federal government, as well as legislation that would return manufacturing and raw materials production to the United States.

• Travel writer Lyn Mettler names some of America's most unusual museums, including the SPAM Museum in Austin, Minn., the International Banana Museum in Mecca, Calif., and the Mob Museum in Las Vegas.

• See a full list of episodes of "To Strengthen a Nation," The American Legion's centennial documentary, now online in its entirety.