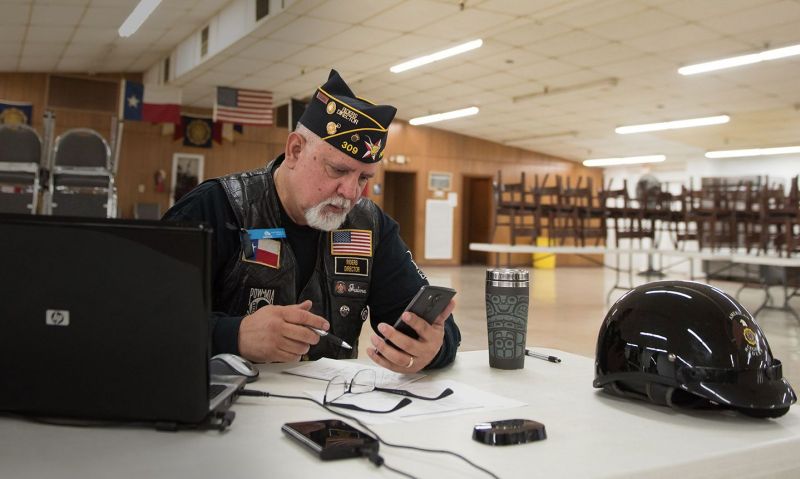 At 55 years old, Nevada Legionnaire Tony Mascari isn’t in what is considered to be the higher at-risk age group for COVID-19. But the commander of the Spirit of Freedom Post 76 Las Vegas can sympathize with those people who are in that group.

And he’s especially sympathetic to those members of Post 76 who have been forced to stay home during the pandemic for health reasons. For the reason, and also because of regular messaging from American Legion National Commander James W. “Bill” Oxford, the post was dedicated to reaching as many of its 850-plus members as possible.

“We took the National Commander's directive to heart,” Mascari said. “So many are shut in right now. The majority of our membership … they’re staying in. They’re very concerned with what’s going on in the outside world. To have somebody call, just to ask ‘How are you doing today and is there anything we can do for you?’ – it was really, really amazing to talk to some of our members. I don’t know that they’ve had a lot of that. They were grateful that somebody just called to say ‘how’re you doing today?’”

The post’s recent effort began during the second week of December and started with Mascari reaching out to all of Post 76’s officers. “I wanted to be the one that made the calls to them,” Mascari said. “(Then) myself and the communications officer downloaded all the (national assistance) resources. Then we downloaded some local resources. COVID has hit everybody really hard, so there may have been some non-standard requests. We had food distributions sites here. We had testing sites here. We wanted to make sure we had that information in case a member wanted it.”

Mascari took 100 names of Post 76 members, as did other post officers, with a goal of trying to reach 25 members a day “at their convenience,” Mascari said. “Some days I was able to make more calls than that. Other days, you know, you didn’t. The goal was to call as many as you could.”

Those making the calls took notes and in some cases made follow-up calls. Post 76 Sergeant-at-Arms Richard Hoffer offered to take whatever names were left and personally contacted more than 500 members on his own. “He’s amazing. He really is amazing,” Mascari said. “He has done not only Buddy Check calls, but in the past couple of years he’s done renewal calls. He never minds calling a member. When we were able to have meetings in person, he was always at the door chatting with new members. The guy really is incredibly dedicated.”

Mascari estimates nearly 800 members have been contacted through the effort. “Through the calls, we were able to assist veterans who needed help, or (provide) information on how to get help, as well as assure them that their American Legion post was here to help and guide them through this most difficult time,” he said “We did not make this about fundraising or recruitment, just a genuine concern for their welfare.”

Mascari was serving as first vice commander and became “interim” post commander last winter when the past commander had to step down for health reasons. That tenure has been extended into 2021 because of the pandemic.

“I didn’t know if I was going to be ready to be a commander,” Mascari said. “But I’m very fortunate that we do have the team that we have. Post 76 far and away is just an incredible group. I would deem this (Buddy Check) program, and our efforts, a huge success, and I could not be prouder of Post 76's team, and The American Legion.

“I know Buddy Checks are extremely important. But I think during this time it’s even more so due to the fact so many are shut in and there’s no social contact.”

Post 76 also has been able to reach members previously out of contact with the post through its monthly Zoom meetings that started after the post was unable to meet in person. “We’ve had members who are senior citizens who are unable to get out of the house, but they are able to show up at a Zoom meeting,” Mascari said. “So we’ve met members that we’ve never met before because we are doing the video meetings. It’s fantastic to see that, and once we do get to meet again as a social group, we will continue live-streaming our meetings because we’ve learned there are some members who physically can’t get out. But if they have that video connection, they can at least be part of the meeting.”

American Legion National Headquarters has created a variety of tools to assist with conducting Buddy Checks – including guidance on how to do so during the pandemic, as well as on the importance of recognizing mental health and well-being concerns among veterans during the checks. All of our Buddy Check resources can be found here.