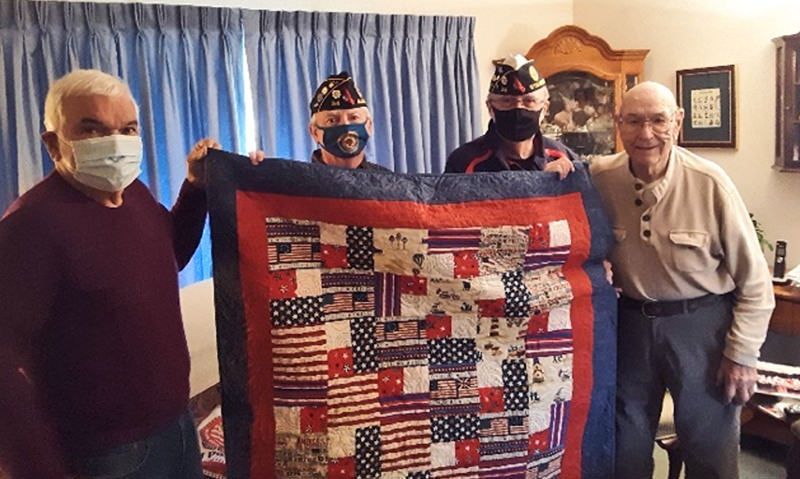 Coast to coast and post to post, American Legion Buddy Checks are making differences in the lives of veterans stuck at home during the COVID-19 pandemic.

Alexandria, Va., Post 24 Adjutant James Glassman reported that a recent call on World War II veteran H. Warden Foley, a 73-year member of The American Legion, turned into a safe birthday surprise. Members of the post prepared in advance for this particular Buddy Check, preparing cards and gifts, including a quilt from Quilts of Honor.

“Warden was a Seabee during World War II off of Okinawa prior to the atomic bombing of Japan,” said Glassman, commander of Virginia’s District 17. “In 1964, when he was commander of Post 24, the National Park Service designated the post home – Gadsby’s Tavern – as a National Historic Landmark. Because of his decades of effort to help preserve this historic building, and the oldest post home in The American Legion, Foley was inducted as a ‘Living Legend’ by the City of Alexandria in 2016.”

Glassman said Post 24 makes monthly Buddy Check calls to 237 members who served in World War II, the Korean War and the Vietnam War. "They are very appreciative that someone is looking out for them," Glassman said.