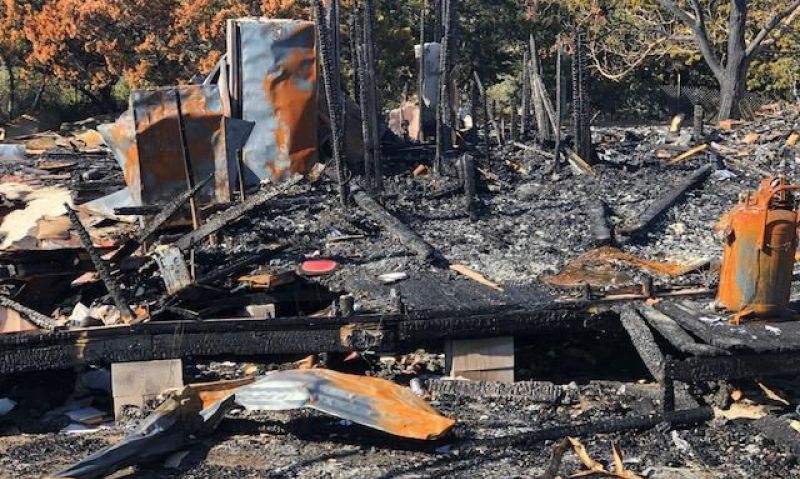 When Capt. Mark “Tyler” Voss Post 313 Commander Don Gray heard on the news about a December fire that cost Robert Ardoin his home, all of his possessions and his two dogs in nearby Comfort, Texas, he immediately wanted to know more about the 80-year-old man.

What Gray found out was that Ardoin was a retired U.S. Navy veteran. And even though Ardoin wasn’t a member of The American Legion, Gray wanted Post 313 to do something to help.

“We’re here to support veterans, not members. And not only veterans, but the community too,” Gray said. “If an individual in the community was in dire need we’d jump in and help them too. But when it comes to veterans, it doesn’t matter if they’re a member … if they’re in need we’re going to step up and do what we can to help them.”

Post 313 reached out to Ardoin, who already had received assistance getting food, and new clothing and furniture from members of the community. But with a new mobile home on the way, Ardoin needed to remove all the debris from his property left by the fire.

“The home was totally destroyed, and he needed to have all of that debris removed,” Gray said. “Unfortunately, he was under-insured … and they were only going to pay like $2,500 to get the debris removed. He had estimates between $5,000-$7,000.”

That’s when a member of Post 313, who has asked to remain anonymous, stepped up. “He has some guys work for him, and they went out and looked at (the debris),” Gray said. “He called me and said ‘Don, I’ll take care of this at my expense with my people.’ He got his guys out there with some bulldozers and (Bobcat tractors) … and some cutting torches. They chopped all that stuff up, put it in dumpsters and hauled it all off. They got it all cleared off for him.”

Another Post 313 member, Tony Ruiz, also wanted to help. Through the Sgt. Clinton K. Ruiz Memorial Foundation – named in honor of Ruiz’s son, who was killed in action in Afghanistan in 2012 – $3,200 was raised to assist Ardoin with any additional expenses.

And Post 313 isn’t finished as Ardoin puts his home back together. “I’ve got another group of veterans that do deck building and woodworking for veterans in need, so I’m working with them,” Gray said. “I’m trying to find out what else we can do to come out and help him: build his deck and whatever else he needs. We’re not through with him yet.”