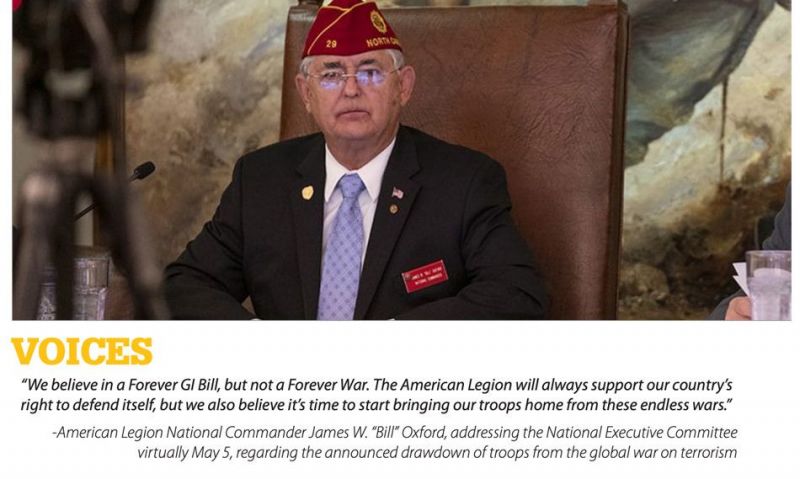 A May 27 press conference announced The American Legion’s “mission focus” in its first year of a multi-year car sponsorship program with Chip Ganassi Racing. The focus is described as a “race to eliminate veteran suicide,” and Veterans United Home Loans fueled the program with a $2 million commitment to help the organization raise awareness and develop programs to solve a problem that is taking upwards of 20 veteran lives a day.

Also in May, over $350,000 in American Legion Legacy Scholarships were awarded to college-bound children of U.S. military personnel who lost their lives or became over 50% disabled on active duty since 9/11. And, to keep that scholarship money coming, the American Legion Department of West Virginia raised over $17,000 with its own state Legacy Run during the month.

Nearly 3,000 American Legion Baseball teams registered to play this season. Ten American Legion posts received Mission Blue assistance grants to help them recover from the economic hardship of the COVID-19 pandemic, and nearly 3,000 participants had signed up for the second 100 Miles for Hope challenge by the end of the month.

To see the May American Legion Membership Impact Report and those of previous months, click here.