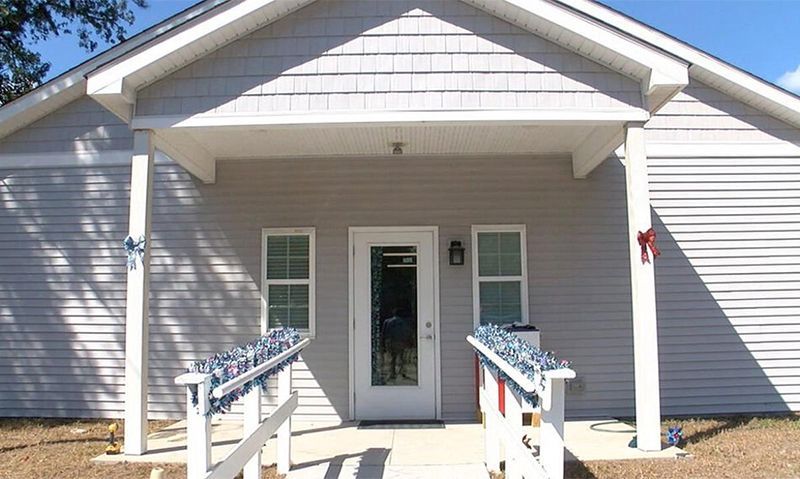 American Legion Post 40 in Myrtle Beach, S.C., has seen its share of misfortune – to the point where Past Post Commander Robert Harper wondered if things were going to turn around.

First, Hurricane Matthew brought with it heavy flooding in 2016 that severely damaged Post 40. The following summer, a fire destroyed everything inside the post except its charter.

And while attempting to rebuild and recover from that, Hurricane Florence arrived in 2018, bringing with it another five inches of water and another setback for the post’s membership in its attempt to rebuild.

“There was a time when I thought it wasn’t going to happen, I’ll be honest with you,”  Harper said. “It was just too much adversity at one time: a fire and then a flood. We were determined not to borrow any money, that we would work ourselves through it. I just wasn’t sure myself whether we’d make it, even though I tried as hard as I could.”

But the post didn’t give up. Instead, construction started on a new facility in 2019 when Harper was commander. And two years later, in mid-October, a ceremony welcomed the public to the grand opening of the new facility.

“I’m so proud of the guys, the ones that did stick with it,” Harper said. “By and large, everybody stuck with us through the whole thing. It wouldn’t have ever happened unless we all stick together.”

Determined not to go into debt while rebuilding – which included moving the post site further back from the nearby waterway and elevating its foundation – the post was able to get donations from the community to help cover the costs, as well as the use of the American Legion National Emergency Fund. The post also received assistance from The Home Depot, which provided kitchen cabinetry, and from a local Boy Scout troop that donated a U.S. flag disposal bin. An area veteran provided free engineering for the project.

“It sounds simple, throwing a building up. But it’s not,” Harper said. “We’ve got members that are very skilled and have done contracting in the past. We had guys that knew what they were doing. These fellas pulled it off. I’m very proud of them. And I’m very proud that we didn’t borrow any money.”

Post Commander Douglas Vinning told WMFB that he was looking forward to the post opening back up to the community. “We got this building built and we are ready to go back to business,” he said. “We are very excited. We are going on. We are moving forward.”

Harper said having a physical post was a driving force for the membership to see the project to the end.

“I think our guys needed to see something with their own eyes,” he said. “We could have met somewhere where we could have rented or something like that. But I think it meant more to those guys, as veterans who paid the price, to have a place of their own. The camaraderie on their own land, in their own building, means a lot to them.”