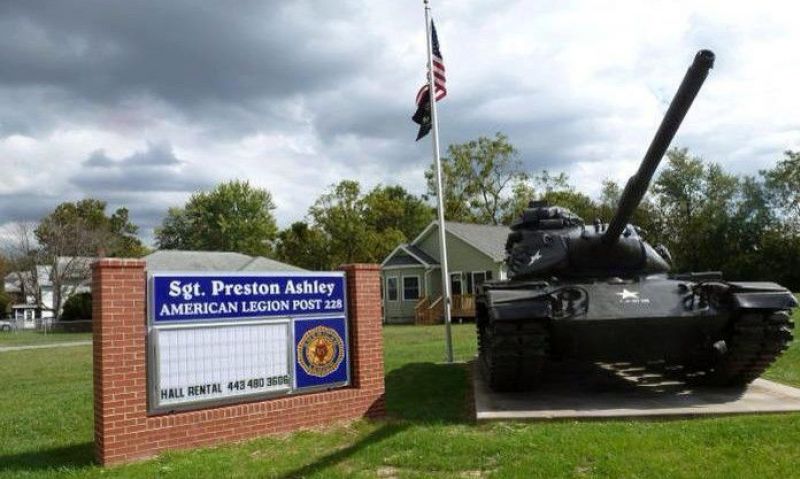 Through its legal gambling proceeds, Sgt. Preston Ashley American Legion Post 228 in Rock Hall, Md., is able to donate large amounts of money to various nonprofits in the area. And for some of those smaller organizations or agencies, the timing over the past two years likely couldn’t have been better.

“We were shut down for four months before we could even open back up,” Post 228 Commander David Reihl said. And when we opened back up, we had attendance restrictions, move our (slot) machines around and shield them. We didn’t get much participation … over most of 2020. So I know it’s been more important to (the recipients) over the past two-and-half-year period (to receive the donations).”

In addition to assisting larger entities, such as the American Cancer Society, the Department of Veterans Affairs and the Humane Society, Post 228 also donates to multiple smaller, local nonprofits. Beneficiaries of the post’s generosity include cemeteries, food banks, volunteer fire departments, senior health-care centers and programs, and various nonprofits providing assistance to veterans.

“We have a committee that meets that’s comprised of the senior officers in the post,” Reihl said. “We sit down and come up with a list of donations that we desire to make, and then we present it to the general membership for the members to approve.”

Post 228 also donates to a scholarship established to honor the post’s namesake, a Maryland native who was killed in Africa while serving in the U.S. Army during World War II. The post and its American Legion Auxiliary unit each also have established their own scholarship programs for local students and use the proceeds from their efforts to fund those as well.

All of the recipients of the post’s donations are invited to Post 228 for an event where each receives a check and is then invited to stay afterward for refreshments. Trying to assist as many nonprofits as possible is an easy sell for Post 228.