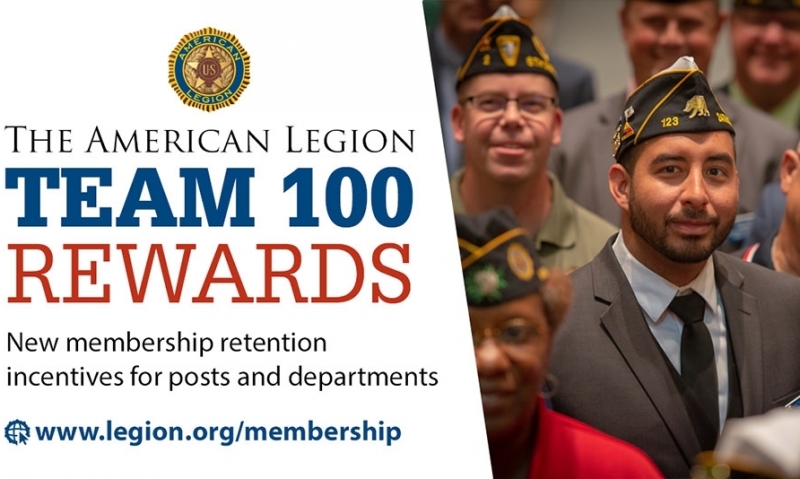 Ads announcing these new membership rewards are available for posts and departments to download at www.legion.org/team100 and use to spread the message to members. The Team 100 membership reward ads can be used in print for newsletters or flyers, Facebook posts and advertisement for websites.

The new rewards program is wrapped around Commander Reistad’s Team 100 drive to start The American Legion’s second century from a position of strength and momentum. The commander has called on posts worldwide to conduct a National Week of Personal Engagement March 10-16, 2019, the days leading up to The American Legion’s 100th birthday. Post members are urged to make personal contact with those who have let their memberships expire and ask them to rejoin and to encourage those who have not yet renewed for the current year to do so urgently so the organization can continue to effectively serve veterans, active-duty military, youth and communities.