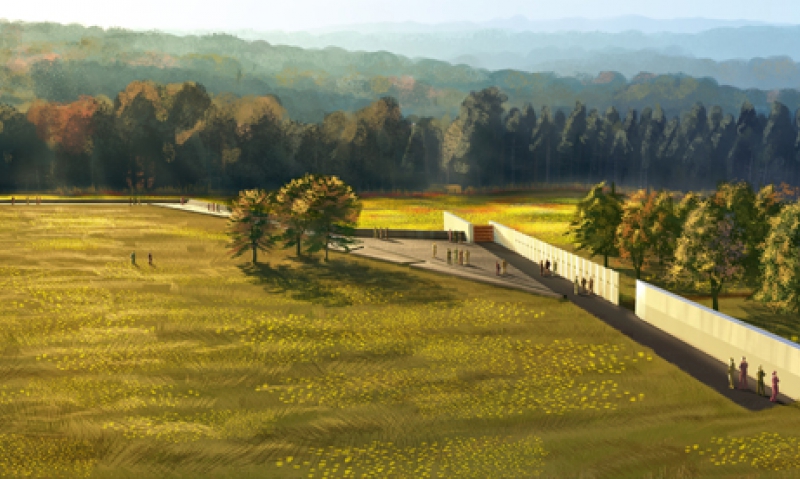 The Memorial Plaza rendering depicts the portion of the permanent memorial that will be completed by September 11, 2011. Photo courtesy National Park Service

As a Gulf War veteran and an active Legionnaire, Michael Emerson feels a kinship with the heroic victims of Flight 93. And because the plane was scheduled to fly to San Francisco, where he lives, the crash has special meaning for him.

That's why he'll be attending the national Flight 93 Memorial Service on Sept. 11, a tradition for him.

Emerson built his own memorial to Flight 93 near his hometown, and he serves on the steering committee that's overseeing construction of the Flight 93 National Memorial in Shanksville, Pa. The national memorial will include a "Tower of Voices," a structure with 40 aluminum wind chimes reaching 93 feet tall - a haunting tribute of sound honoring the victims, many of whom were last heard on cell phones by their loved ones.

With about $17 million collected so far in private funding, Emerson says an additional $15 million in donations is needed to complete the project. "This is an opportunity to provide a lasting memorial to these heroes, right where it happened," he says.

To read about a Legionnaire who found a miracle among Flight 93's debris, click here.