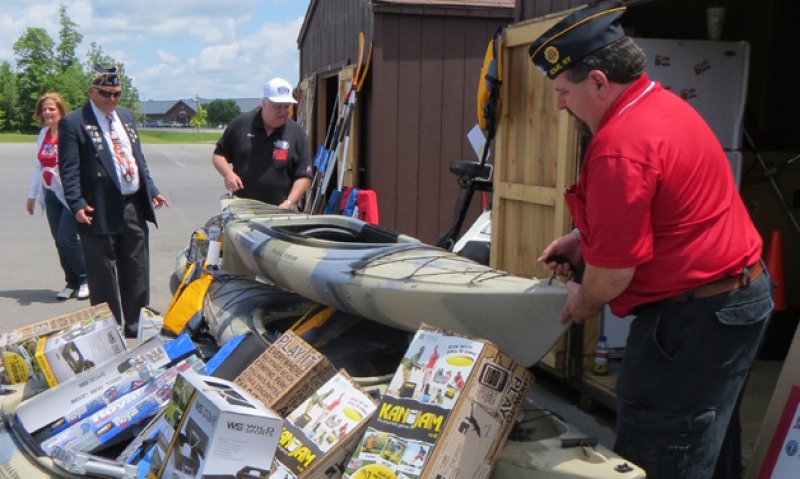 As he assumed the role of American Legion national commander last year, James E. Koutz set a goal to raise $500,000 during his one-year tenure for Operation Comfort Warriors.Thanks to overwhelming generosity from Legion Family members and supporters, the donations tallied $500,000 by spring and eventually reached $1 million for the Legion’s flagship military support program that provides comfort items to convalesced servicemembers.

The final donation total for his “pet project” was $1,119,227, Koutz announced during the Legion’s national convention in Houston - exactly a year from the initial fundraising challenge.

More than $400,000 was donated during the convention to Operation Comfort Warriors, which provides items that assist wounded servicemembers who are recovering from injuries and trauma. Gifts purchased from donations have included rehabilitation equipment, special clothing for burn victims, and photography, fishing, and music gear.

Every dollar donated to OCW goes toward the comfort items and services that help servicemembers in their recovery. The Legion picks up the tab for the program's administrative costs.

The OCW program will continue to assist servicemen and women in warrior transition units. For example, OCW will provide wounded warriors and their families a special day at Six Flags San Antonio in mid-September.