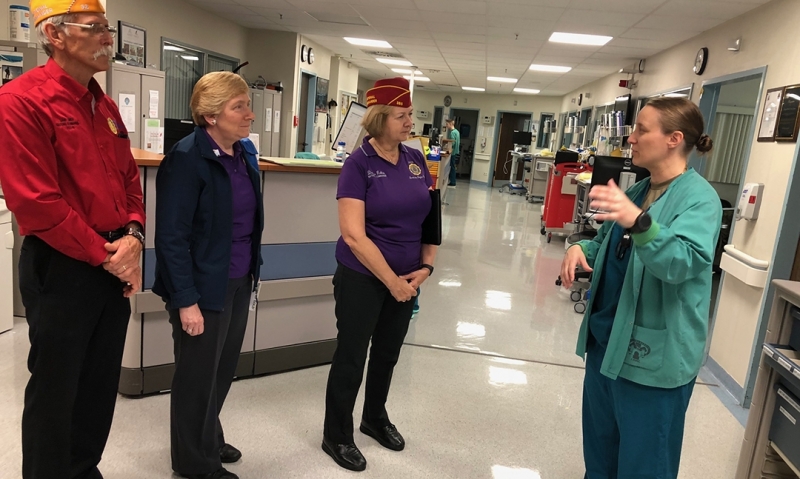 The OCW grant is providing health and comfort items for U.S. servicemembers who are recovering from illnesses or injuries at the medical center. The grant is also aiding the Warrior USO Center and Fisher House to support families whose loved one is at Landstuhl.

“The Operation Comfort Warriors grant that we presented to the Landstuhl Regional Medical Center, the USO wounded warrior center and the Fisher House is really a gift from family,” Rohan said. “OCW is an American Legion program, but so many of our donations are raised and given by the American Legion Auxiliary, the Sons of The American Legion and our Legion Riders that I really believe it is a gift from all of us. It is our special way of thanking heroes and families that have sacrificed on our behalf.”

The OCW grant provided clothing items and 40 hygiene kits for patients being admitted to the hospital for injuries when their personal gear is not shipped out with them; two widescreen televisions; a home theater projector; surround sound stereo system; couch; foosball table; air hockey table; two pool tables with equipment; and $3,000 in post exchange and commissary gift cards for parents and spouses of military patients to be able to purchase food items for their unexpected or extended stays due to their servicemember’s injury or illness.

Rohan and the rest of the delegation are headed to Normandy, France, where they will observe the anniversary of D-Day and conclude their tour in Paris, the birthplace of The American Legion.