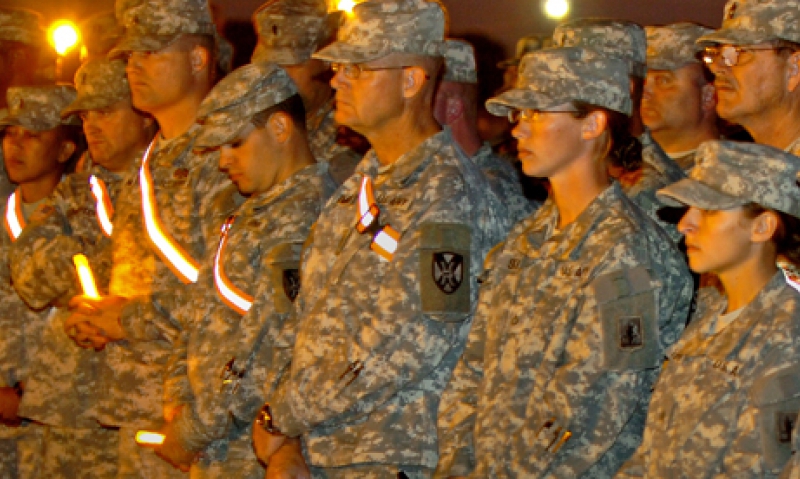 Soldiers come out in numbers for a vigil held at the North Fort Hood training site in remembrance of comrades and loved ones who were killed and wounded in the shooting tragedy at the military installation. U.S. Army photo

The American Legion's Operation Comfort Warriors program is donating gift cards to the men and women who were wounded during the shooting at Fort Hood earlier this month.

"Americans everywhere have reached out to these victims. It's only appropriate that The American Legion family does its share," American Legion National Commander Clarence Hill said. "We have sent $3,800 so each of the 38 wounded can receive $100 gift cards to use at the Fort Hood AAFES (post exchange). This is on top of the $10,000 of electronic games and instruments we sent in Operation Comfort Warriors donations to Fort Hood just prior to the shootings. These gifts won't make the injuries go away, but they do show that we care."

"The government does a good job of providing the necessities," he said. "Through Operation Comfort Warriors we have been able to provide gifts to troops in military hospitals everywhere. These are items that usually don't appear in government budgets, such as personal sweat suits, iPods, DVDs, phone calling cards and other comfort goods. The American Legion is challenging its members and friends to continue giving to those who have already given us so much."

"Some people think that expecting $100,000 during an economic recession is too lofty a goal. I don't," Hill said. "Americans are generous, and what better way is there to show our holiday spirit than to remember those who have served and are still serving?"