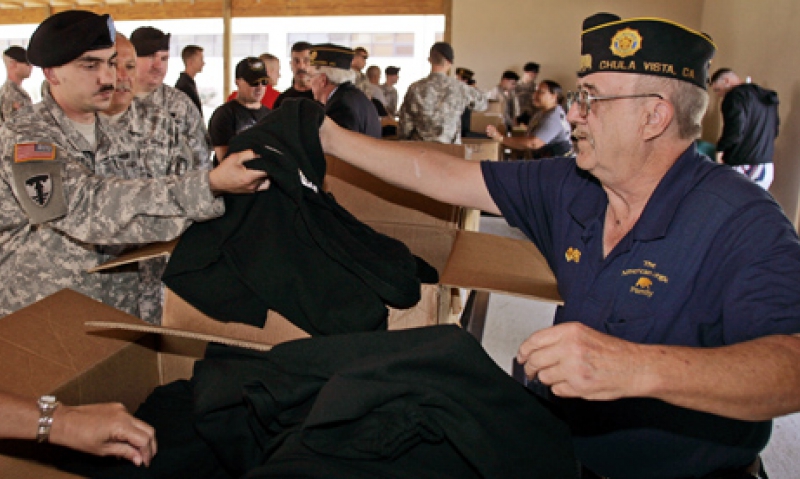 Legionnaires pass out hoodies to soldiers as part of The American Legion Operation Comfort Warriors program at Fort Knox, Ky. in August. (Photo by Tom Strattman)

One of National Commander Clarence Hill’s first orders of business was to set a goal of raising $100,000 for Operation Comfort Warriors before the end of the year. As 2009 winds down, Legion family members are asked to continue contributing to the fund that shows our appreciation for the efforts of our wounded servicemembers.

With donations to Operation Comfort Warriors, we can purchase sweat suits, phone cards, DVDs, CDs, iPods, puzzles, books, video games and other items for men and women who are recovering at military hospitals and warrior transition units.

Recently, the Legion sent 38 $100 gift cards to soldiers wounded during the shooting at Fort Hood in early November. “These gifts won’t make the injuries go away, but they do show that we care,” Hill said.