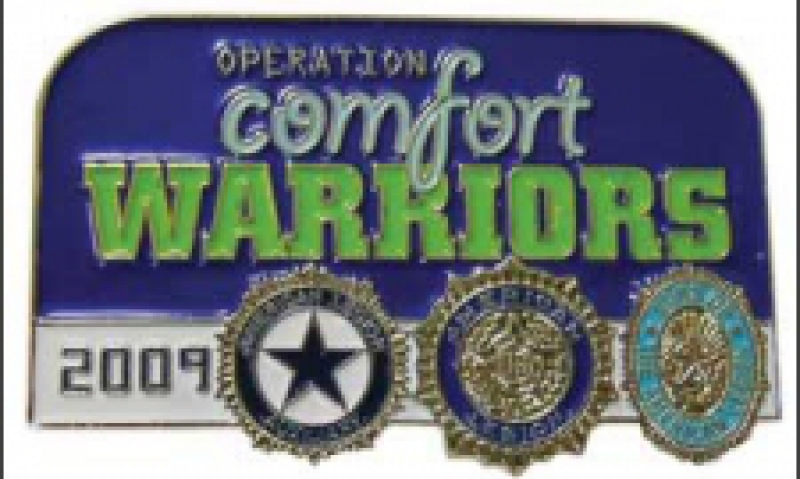 The 91st Annual American Legion National Convention in Louisville, Ky., will feature an Operation Comfort Warriors (OCW) booth. Conventioneers who drop by and donate $10 or more will receive a specially designed OCW pin.

"Through Operation Comfort Warriors, we have been able to provide items that usually don't appear in the budget, such as sweat suits, iPods, DVDs, calling cards and other comfort items," American Legion National Commander David K. Rehbein said. The program purchases comfort items for troops recovering in U.S. military hospitals and warrior transition units around the globe.

"I am grateful that Auxiliary National President Desireé Stoy and Sons of The American Legion National Commander Tom Cisna have given their complete support to this effort," Rehbein said.

The OCW booth will be located at the Exhibit Hall from Aug. 21-24, and then be in the convention center lobby near Entrance Hall 2D on Aug. 25-26.

Administrative and promotional costs for OCW are paid by The American Legion, allowing 100 percent of collected funds to be spent directly on the troops. To date, the fundraising effort has brought in $171,000 and counting.

Donate online at www.legion.org/ocw or send a check to Operation Comfort Warriors, P.O. Box 1055, Indianapolis, IN 46206.