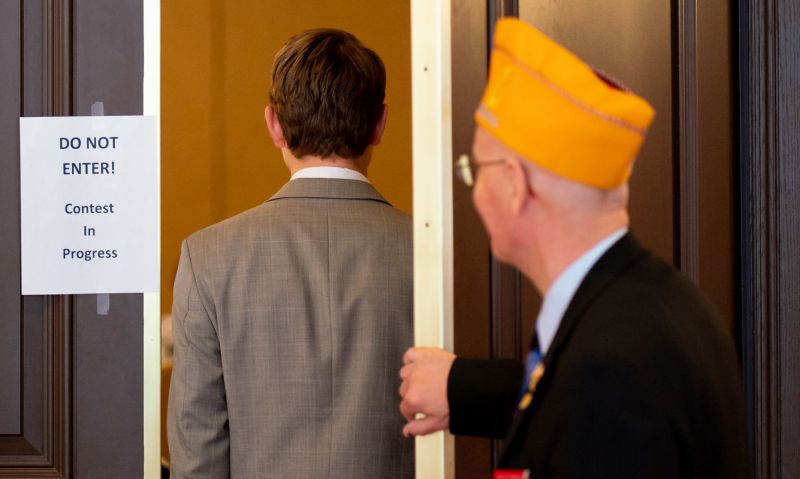 Nine of 53 high school orators advanced from the first round of The American Legion's 82nd annual National Oratorical Contest in Indianapolis.

The following nine are headed to the semifinals to continue speaking on the U.S Constitution: Mattilyn Winburn of Georgia (2018 repeat); Alayna Lopez of Idaho; Caleb Maue of Illinois; Isaac Bock of Indiana (2018 repeat); Patrick Junker of Iowa (2018 repeat); Marissa Gertz of Missouri; Clayton Ward of Oklahoma; Eden Carnes of Tennessee; and Timothy Davis of Wisconsin.

The contest got underway with quarterfinals April 6 at the Wyndham Indianapolis West Hotel with the young orators, who won their respective American Legion post, district and state-level Oratorical Contest to earn a spot at the national level. The contestants present a rehearsed eight- to 10-minute oration on an aspect of the Constitution in front of judges, as well as a three- to five-minute speech on an assigned topic discourse — a phase of the Constitution selected from its Articles and Sections.

The top three semifinal contestants will advance to the championship finals.

The finals will be held Sunday, April 7 at 10 a.m. Eastern, and will be streamed on Facebook Live at www.facebook.com/americanlegionhq.