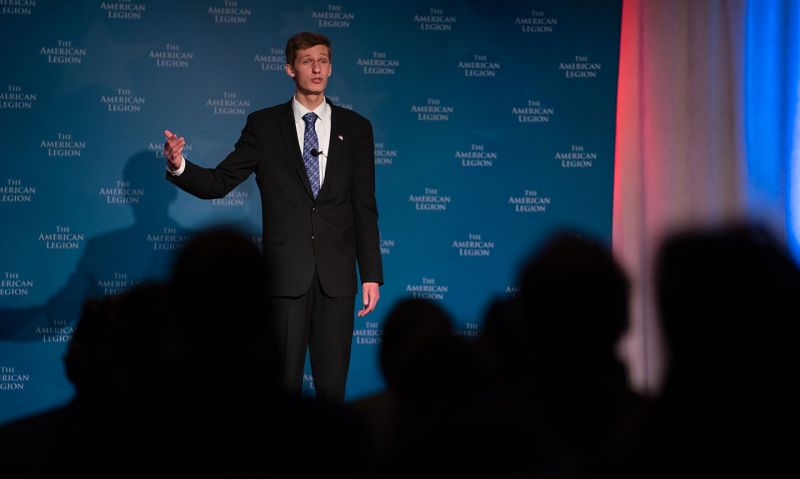 The American Legion canceled its 2020 National Oratorical Contest that was scheduled in April in an effort to keep all competitors, volunteers, judges and others safe amid the pandemic. Although the pandemic is ongoing, the 2021 National Oratorical Contest will be held as scheduled April 9-11 in Indianapolis and conducted in its traditional manner of live and in-person ... "Trusting that conditions will trend to allow," said Americanism Chairman Richard Anderson in a letter issued to department leadership.

"The American Legion’s Americanism Commission recognizes that it must still set a course for conducting its National Oratorical Contest next April so that oratorical chairmen at all levels, as well as department leadership and national staff, may plan accordingly now."

Anderson said the decision to have a traditional National Oratorical Contest was made for a few reasons.

"First, the Americanism Commission takes pride in The American Legion’s stellar reputation for upholding the utmost in contest integrity. A live event provides a level of oversight for which the reliability of the contest leaves very little question that The American Legion and its volunteers, staff and contestants have adhered to the highest competitive values and standards of honor.

"Second, it’s also about the experience. As with all American Legion national level youth programs, whether it’s the American Legion World Series, the Junior Shooting Sports shoulder-to-shoulder national championship, Boys Nation or the National Oratorical Contest, the Americanism Commission takes pride in the overall experience provided to youth beyond simply competing or attending an event. When 53 oratorical contestants come to Indianapolis, they are enthusiastically celebrated and honored by American Legion Family members who recognize their achievement for rising to the national competition. The Legion Family actively role models patriotism and advocates the traditions, institutions and ideals of the United States. And the youth have an opportunity to bond and learn together.

"These are indeed uncharacteristic times. Some may be considering hosting virtual oratorical contests. Others may choose to have a live contest, taking care to observe any public health mandates in place which would require some adjustments."

These adjustments may involve the need to:

- Change from a usual contest location to a larger venue in order to accommodate social distancing.

- Limit the usual number of spectators in attendance.

- Position a contestant away from spectators so they are socially distanced safely enough to unmask during their speech, if a mask mandate is in place.

- Keep a supply of face masks and hand them out to staff, volunteers, contestants and spectators, and enforce their use.

- Make the taking of temperatures mandatory as everyone arrives, asking anyone who appears unwell to please leave even if it is a contestant.

"With guidance from your department, you must decide what course of action is best," Anderson added.

"The decision to hold a traditional in-person National Oratorical Contest in 2021 was not made lightly during these unusually complex times. The Americanism Commission wishes each post, district and department a successful oratorical season."