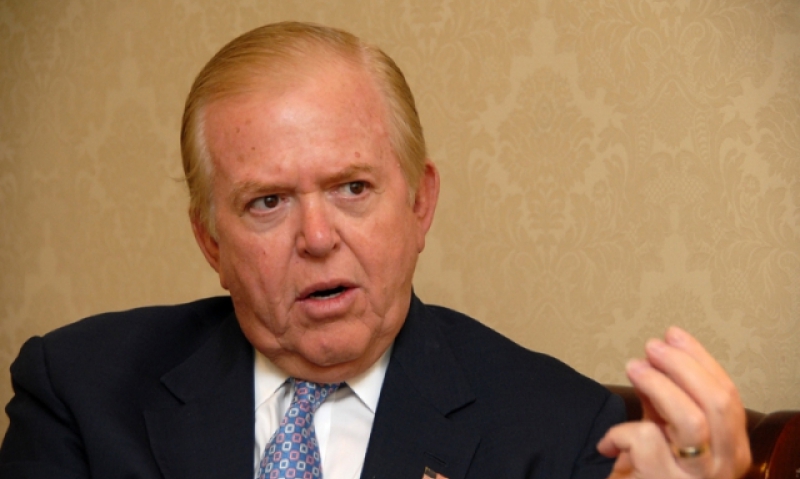 CNN co-founder and longtime TV broadcaster Lou Dobbs has a following so strong that in 2008, a grass-roots movement sprang into existence to urge him to run for U.S. president. What makes him so beloved among his audiences? Perhaps it's the unique combination of rural Idaho upbringing, Harvard education, and interests in economics, business and astronomy that endear him to millions of viewers of "Lou Dobbs Tonight." There's another ingredient to Lou Dobbs: he is a former high school American Legion Oratorical Contest contestant and state winner.

One other aspect of Lou Dobbs' persona can be traced back to his rural Idaho roots: his love of astronomy. On that topic, the founder of the Web site space.com, explained why:

"From the time I was a kid on the plains of southern Idaho, I have been fascinated by rocketry, fascinated by astronomy. I was an amateur astronomer - that's probably too strong a word for the first part of my life, because I could not afford a very fancy telescope - but I have always been fascinated by it.

"Young folks today don't realize what a big deal the space program was. When President Kennedy said, 'We're going to the moon by the end of the decade,' that was pretty compelling stuff. Every one of those astronauts was a national hero. For me, they still are. The Apollo program, Gemini or Mercury, or whichever the program, it was a magnificent time, a wonderful time in the national character, to see what this nation could do.

"That's why I find it so difficult to understand why so many people accept our limits as a nation, rather than talk about our potential, and the opportunities that we should be fulfilling."