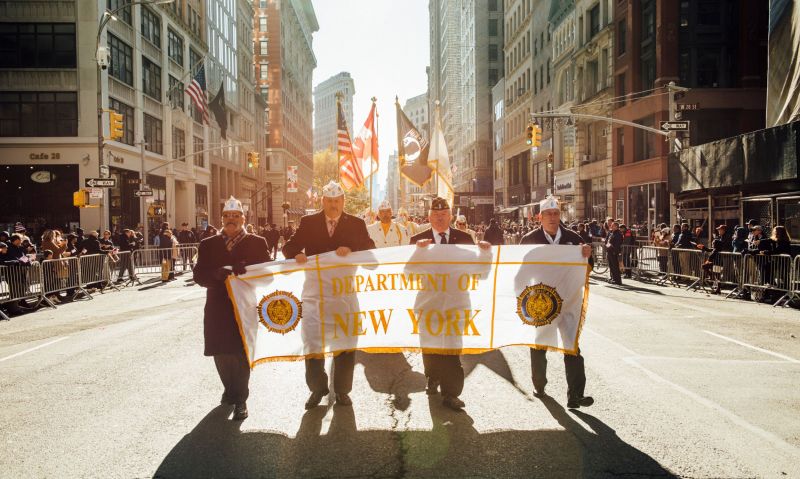 Before the event begins, the podcast team will be sharing live updates, including interviews with dignitaries and other parade participants along the route. Follow their coverage on The American Legion Facebook and Instagram channels.

The largest Veterans Day event in the country, the 2021 parade will mark the 20th anniversary of 9/11 and the Global War on Terror, as well as the 30th anniversary of Operation Desert Storm.  Grand marshal is Air Force veteran Kevin Carrick, a retired senior master sergeant who served for over two decades as an elite Pararescueman (“PJ”) with the 106th Rescue Wing based in Westhampton, Long Island, N.Y.

The parade steps off from 28th Street at 12:30 p.m., EST, and proceeds north along famed Fifth Avenue to 45th Street.  Local spectators can view the parade along Fifth Avenue. Others can watch the broadcast live on WABC-TV or online at https://abc7ny.com/ from 12:30 to 3 pm EST.