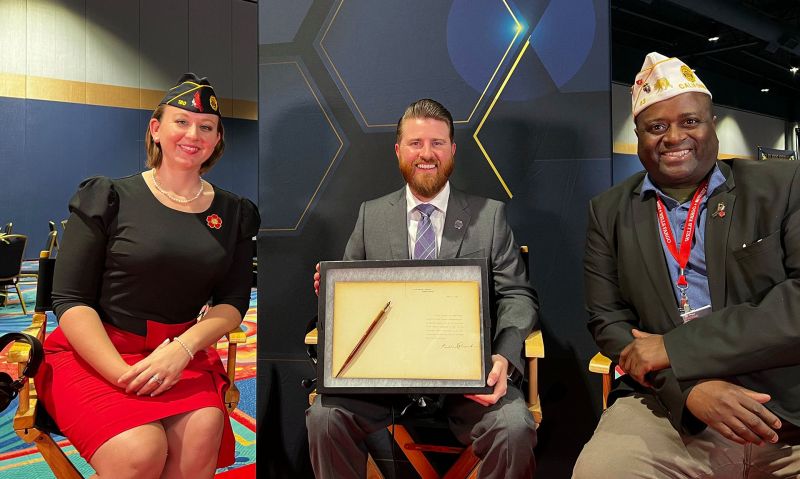 Joining students from across the country, government officials and other veterans advocates at the event are American Legion Legislative Division Director Lawrence Montreuil, who is scheduled to participate in a panel discussion.

Attendees will also be invited to visit with podcast hosts and other Legion representatives at a booth inside the exhibit hall throughout the conference, where the Legion’s “Greatest Legislation” history of the GI Bill will be on display, as well.

Gobulja, who got her start in SVA and The American Legion as a student veteran at the University of Akron, is a speaker at three breakout sessions.

For more information about SVA and the conference, visit www.studentveterans.org.

The American Legion and SVA have a longtime alliance that included providing free office space for the organization when it first started in 2008. A May 2015 American Legion national resolution urges collaborations with SVA and other post-9/11 veterans groups.