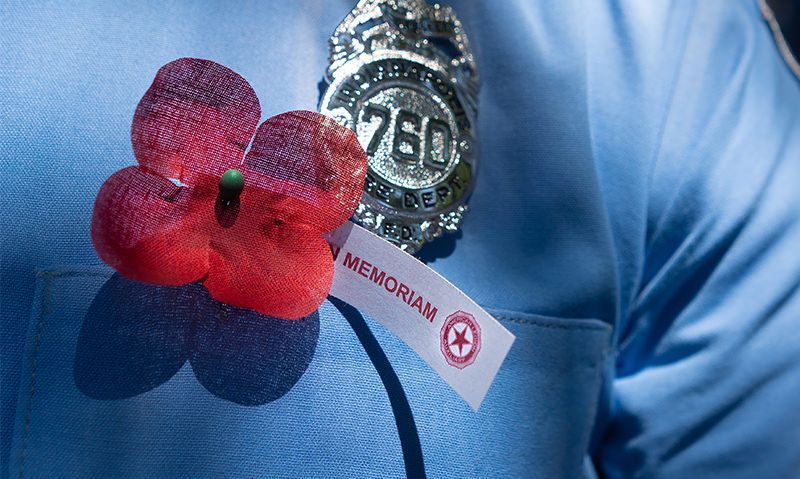 The movement – popularized by New York professor Moina Michael immediately after the armistice that ended World War I in 1918 – would provide tens of millions of dollars to help disabled veterans, military personnel and their families over the next century.

National Poppy Day is May 22 this year, and an American Legion-American Legion Auxiliary web platform is available again – mindful of limitations that may be caused by the coronavirus pandemic – at www.legion.org/poppyday. The platform offers easy access to the American Legion Emblem Sales Poppy Store online and an invitation to participate in a national Instagram campaign to collect images of poppies to share with a national audience.

The site also offers guidance about how to participate in the May tradition of poppy distribution, opportunities to raise funds to help disabled veterans and learn history of the phenomenon and videos of American Legion Past National Commanders John P. “Jake” Comer and Denise M. Rohan reciting the inspirational poems, “In Flanders Fields” by McCrae and “We Shall Keep the Faith” by Michael.

The materials are meant to be shared, in the spirit of the original American Legion resolution, which was called “a symbol to perpetually remind us, and to unfailingly teach coming generations the value of the ‘Light of Liberty’ and our debt to those who helped to save it for us by paying the supreme sacrifice, and that we may not forget that:

In Flanders Fields, the poppies grow

Among the crosses – row on row.”