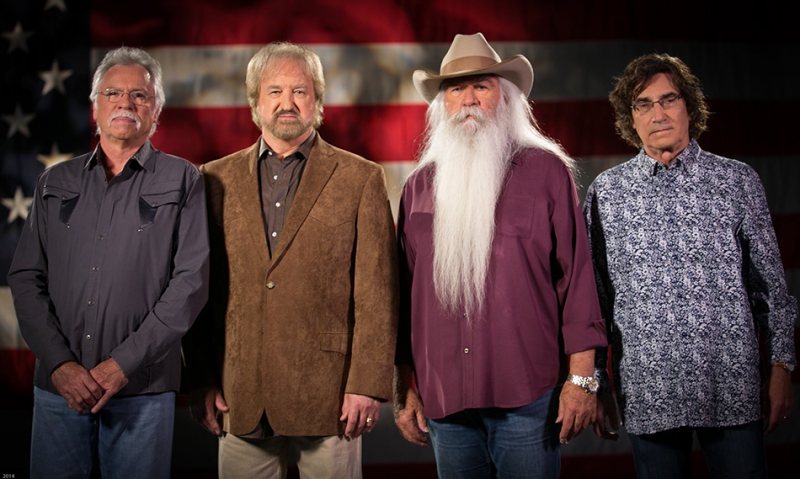 Grammy-winning and long-running country music group, The Oak Ridge Boys, will serve as spokespersons for The American Legion.

The American Legion and Grammy Award-winning artists, The Oak Ridge Boys, are uniting to raise awareness and support for needs of U.S. military veterans, including better detection and treatment of post-traumatic stress disorder (PTSD), help with the VA benefits process, and education and career opportunities for those who served our nation in uniform.

The American Legion is the country’s largest veterans service organization, with 2.4 million members who work every day on behalf of the men and women who have served our nation in uniform. The Oak Ridge Boys will participate in a national fundraising and awareness campaign to support the detection and treatment of mental health issues among veterans, 22 of whom are lost each day to suicide.

Bonsall, a member of The Oak Ridge Boys since 1973, penned an inspirational biography about his veteran parents titled G.I. Joe and Lillie: Remembering a Life of Love and Loyalty. Joe’s father spent much of his life living with the wounds of war, both seen and unseen, as told in the book. A song by the same name was included in the Oaks’ album, Colors.“I know firsthand the ongoing care of our nation’s veterans is critical and how it impacts the entire family unit,” Bonsall said. “Uniting with The American Legion to raise awareness of those who are suffering, as my father did, is work we are proud to champion.”

The American Legion has been helping veterans cope with the invisible wounds of war since its formation in 1919, including extensive focus in the last four years to help veterans of Iraq and Afghanistan who have suffered what are known as the “signature wounds” of today’s war era: PTSD and traumatic brain injury (TBI). VA estimates that upwards of 20 percent of veterans from the recent wars are confronting PTSD. The American Legion has met with top national authorities in mental health care, the Department of Defense, the Department of Veterans Affairs and research institutions, as well as veterans and caregivers, to find solutions and treatments for those who suffer with TBI and PTSD.