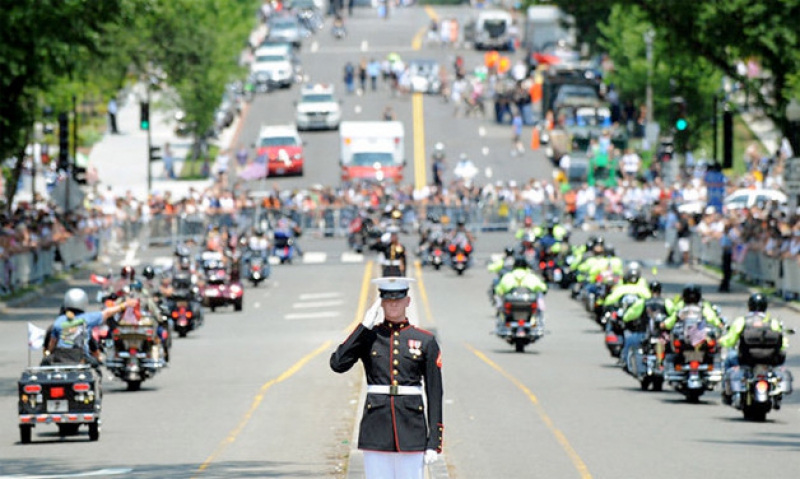 Years before there was an official American Legion Riders program, Legionnaires from across the country took part in Rolling Thunder, the annual Memorial Day weekend “Run to The Wall” motorcycle ride done in remembrance of fallen comrades, former prisoners of war and warriors listed as missing in action.

Last year, during the 25th anniversary of Rolling Thunder, more than 600 Legion Riders were among the 100,000 motorcyclists in the nation’s capitol for the ride. It was the Legion Riders’ first organized ride in Rolling Thunder. But it wasn’t the last.

Almost 20 vendors will be at Post 177, including American Legion Emblem Sales, and there will be a patriotic ceremony on Sunday morning prior to the ride to the Pentagon. A dinner will welcome riders arriving May 24 (Friday) at the post, and an organized candlelight vigil to the Vietnam Veterans Memorial. A complete schedule of events is available on the Riders Rolling Thunder website.

All profits from the weekend’s Riders activities will go to The American Legion Legacy Scholarship Fund.