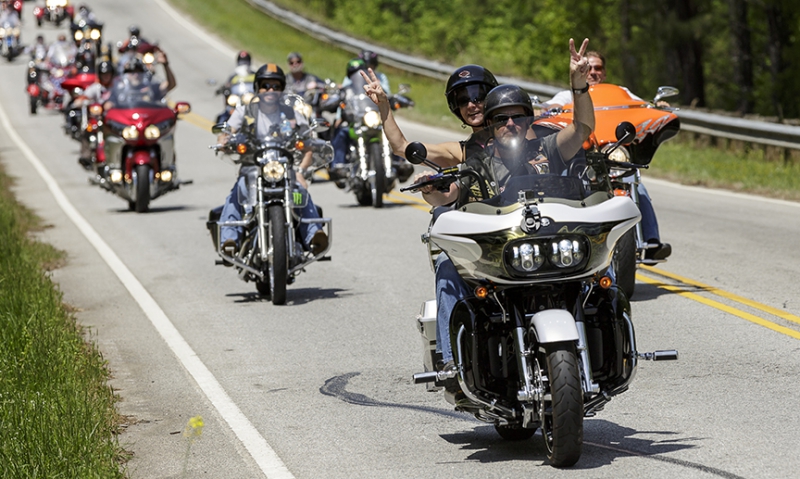 The American Legion and one of the nation’s best-loved television and film stars are teaming up for an epic cross-country motorcycle trek that will include stops at Legion posts from St. Louis to Hollywood. William Shatner is hitting the road to help raise awareness of American Legion programs and raise funds for The American Legion Legacy Scholarship, which helps cover college expenses for children of U.S. military men and women who lost their lives while on duty since Sept. 11, 2001.

Shatner, known for his roles in Star Trek, Boston Legal and numerous other programs, will be riding a Rivet, a never-before-seen vehicle created by him and iconic motorcycle company, American Wrench. Beginning in Chicago on June 23, Legion Riders will join Shatner in retracing the route the future star took to Hollywood when he was just 19 years old. The schedule for Shatner and his fellow riders includes the following cities and Legion Posts:

"I am beginning an exciting journey of 2,400 miles from Chicago to Los Angeles,” Shatner said. “The road will be filled with many unknowns. I will be surrounded by American Legion members, and what is certainly not unknown is their dedication, generosity and care about fellow veterans. The American Legion Legacy Scholarship Fund is the Legion’s charity, and we will be bringing awareness to that fact at the many Legion posts in the cities along the way."

“The American Legion is committed to ensure children of fallen servicemembers have the opportunity to attend college,” American Legion National Commander Michael Helm said. “Through the support of our American Legion Riders and William Shatner, more students will have the chance at post-secondary educations, the cost of which continues to increase every year.”

For ongoing updates about the ride, visit www.legion.org or follow The American Legion National Headquarters on Facebook or on Twitter. More information will also be available at AmericanWrench.com and RivetMotors.com. Fans can follow Shatner for updates on Twitter at @WilliamShatner and Rivet Motors at @RivetMotors.