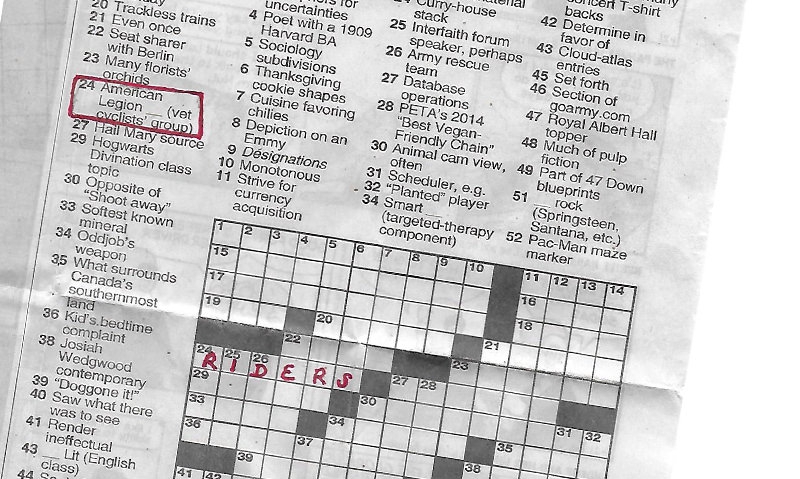 When American Legion Riders co-founder Bill Kaledas looked at the crossword puzzle in the Detroit Free Press on Jan. 21, he saw a clue and answer that hit very close to home.

"I wouldn't say it was a joke, but it was sort of something that I thought was kind of cute," said Kaledas, who helped found the Riders in 1993 at Post 396 in Garden City, Mich. "But then you realize that the word has gotten out about the Riders. It makes me very proud."

The clue and answer were in the nationally syndicated Newsday Crossword that appears in more than 200 newspapers and websites daily. The puzzle's editor, Stan Newman, said he did a web search for "riders," came across the Legion connection and decided to use it. Kaledas is glad he did.

"The Riders have gotten so much bigger than I ever imagined they would," Kaledas said. "This just shows how big it's gotten and that people know about us."